Sailing from Trinidad & Tobago to Aruba

With the promise of fine weather I set sail on the 23rd of December,  destination Aruba, some 550 nautical miles from Tobago.

The first 24 hours were splendid. Night sailing at its best (clear skies with a negligible swell), so by morning I was rounding the southern tip of Grenada having made good time. I set my new course for the northern tip of Curacao and settled in for another Christmas at sea (I’m apparently making a habit of it these days).

There was no mention of storms in my weather forecast! 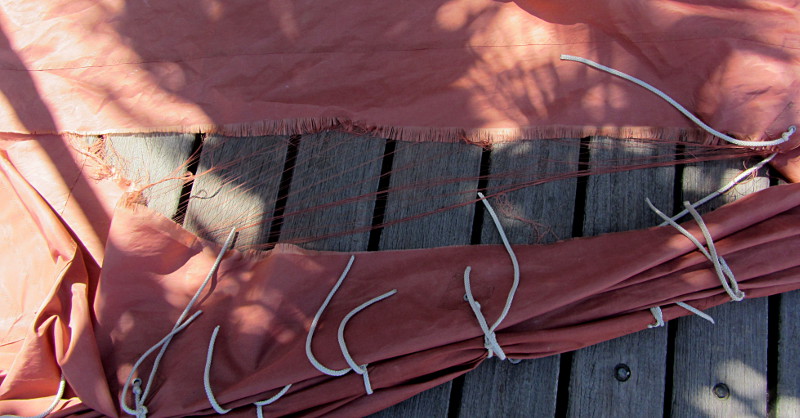 By the way…. What was that ripping sound?

Evidently nausea inducing weather did not prevent me from arriving safely in Aruba, but it did cost me my mainsail and tiller-pilot. Who would have thought I could shred my main sail when it was already at its third reef? I should have crawled out of my bunk and set my trysail earlier… Ah, hindsight!

The tiller-pilot destruction was however, almost expected. Even the ST-2000 is not up to dealing with poor weather. While I’ve made a rain cover for mine to solve the “it leaks” issues, there really isn’t anything I could do for a motor that works itself to death after only a few hours in heavy swells… Except as stated earlier, crawl out of my bunk and switch to the Aries wind-vane earlier…. Ah, more hindsight! I’m getting so good at it I might consider sailing backwards in future.

Two ships a day! Just what the doctor ordered.

So I’m sheltering in the Renaissance Marina in Oranjestad watching ship loads of tourists descend upon the island for new years eve.

My latent agoraphobia is already starting to take effect as I hurriedly conclude this journal entry at the local Starbucks cafe.