After ten days in San Andres, it was time to make the next little hop on my clockwise tour of the Caribbean. If five days at sea and 400 nautical miles can be called a “little hop”. It’s all relative (so they say).

At this point in my wanderings, days at sea are just part of the general sailing routine. Not that I don’t enjoy routine, in fact I’m rather fond of it.

There is comfort in the predictability of routine.

Plus it’s easy to describe. 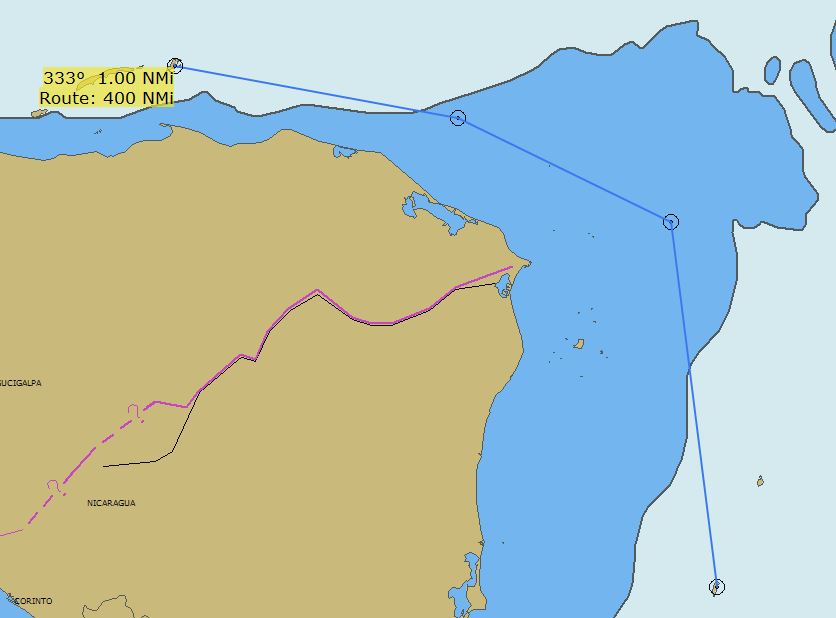 And this ladies and gents, is the route I took…

To the point that I need not even go into detail but merely state that the latest passage to Honduras was a “routine run”.

Most sailors I know will agree that any extended solo passage that might be loosely termed “routine”, will be made up of several obligatory elements including at least one;

For better or for worse, I’ve missed out on all the social drama of crewed passages.