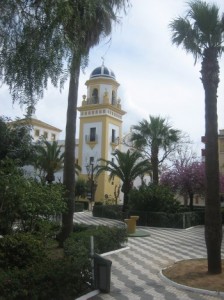 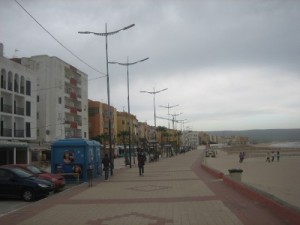 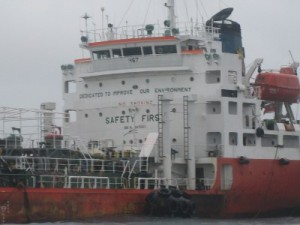 It’s a fine day for motor-sailing, the sea is tranquil and my new sail is performing beautifully. I slip by the bizarre collection of ships anchored outside Gibraltar’s breakwater and wonder at their form and function.

Some are obviously oil carriers but others defy explanation. I’m not the only curious one. The radio (VHF channel 16) is alive with requests from Tarifa traffic control for ships to identify themselves and declare their cargo and intentions. One small mystery is resolved as I overhear a ship (bound for Hamburg) state they are carrying “non hazardous” palm oil (how curious).

On closer inspection I see that many shipping companies have taken to having slogans painted under the bridge. Alongside the traditional “No Smoking”, which kind of makes sense for an oil carrier, are contemporary phrases such as “Protect the environment”, “Avoid pollution” and my favourite; “Dedicated to improve our environment”. Is this a new medium for propagating George Orwellian doublethink? I’d never noticed it before… 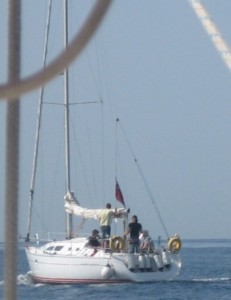 Overtaken by a larger yacht

I make for Punta Carnero at a brisk 5 kts determined to make the most of the calm conditions. Hugging the coast (as suggested in the guides), I attempt to extract the most from the westward tidal stream. Moments later I find myself overtaken by a larger yacht. It’s crew choses a course a mile or two from the coast but I stubbornly maintain my puny 2 to 3 cable offing. Within minutes the tables are turned as my impromptu racing opponents encounter the east flowing surface current while I accelerate to over 6.5kts SOG in the shallows. I make the most of our little victory and dance a brief jig in Eileen’s pushpit (Ah, the things you can get away with when sailing alone..). Besides, it’s not every day that a Yarmouth23 gets the better of a larger yacht.

Our speed is so impressive, we reach Tarifa well before my original estimated time of arrival. With plenty of daylight hours remaining there’s no point in stopping so we round the lighthouse, wave to an assemblage of tourists and push on to Barbate.