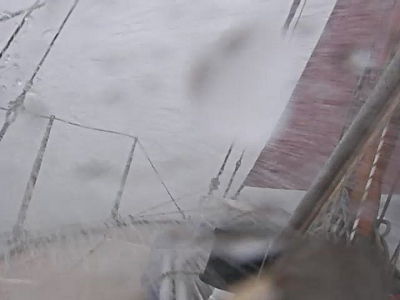 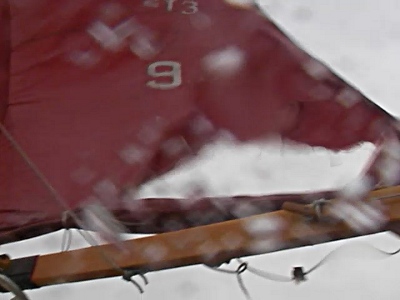 An 8am start on yet another misty day. Apart from checking the almanac for high tide (in order to catch a complimentary tidal stream), there was not much preparation required (from a navigational standpoint ), to reach Gibraltar. I aimed for the big rock to the south and tried not to get hit by, or run into (as vessels are mostly anchored), any shipping.

Taking the compulsory snapshot of ‘the captain’ with Gibraltar in the background, I then headed for the anchorage at La Linea, bypassing Gibraltar to forgo clearing customs.

I don’t like the smell here… What with the Spanish refinery to the west, the airport jet-fuel vapors to the east and an armada of tankers surrounding Gibraltar, it’s no wonder the air and water is thick with the scent of odoriferous chemicals.

The view of “the rock”, is, by contrast, superb.