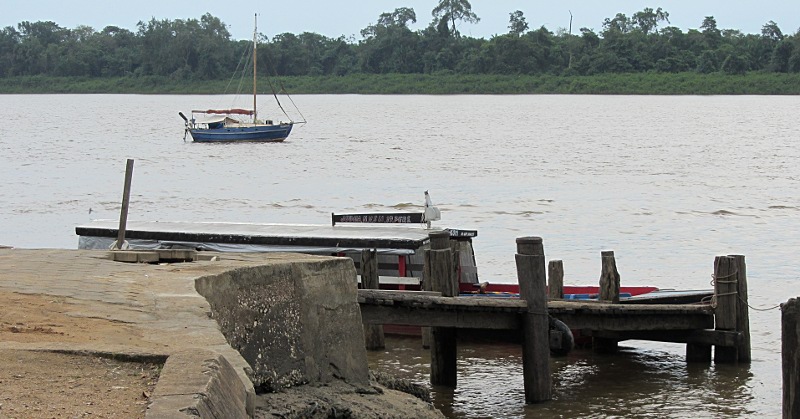 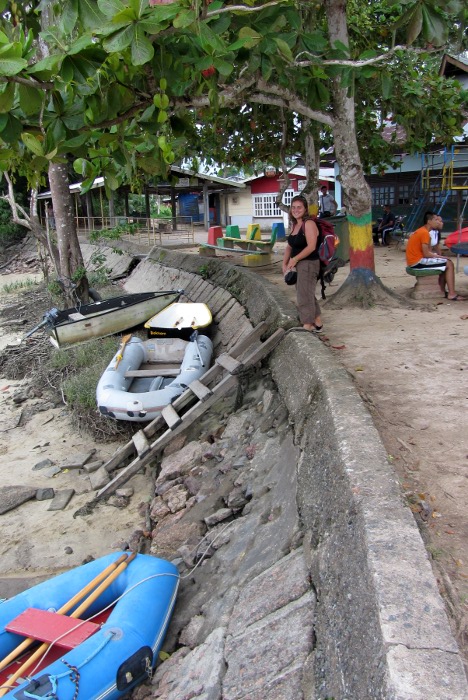 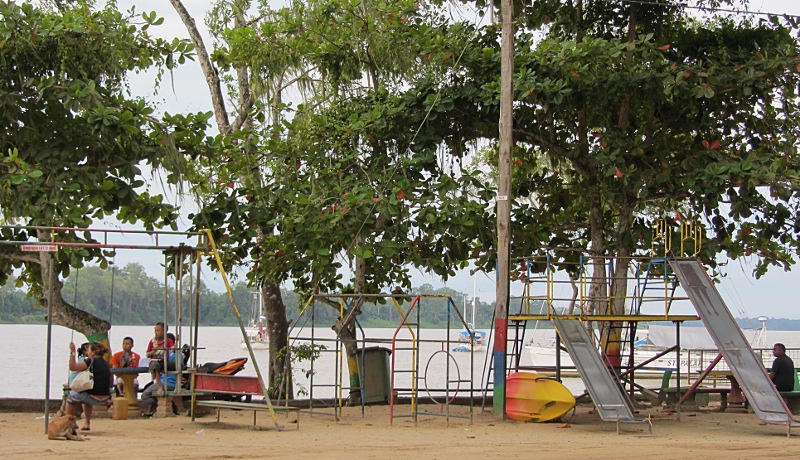 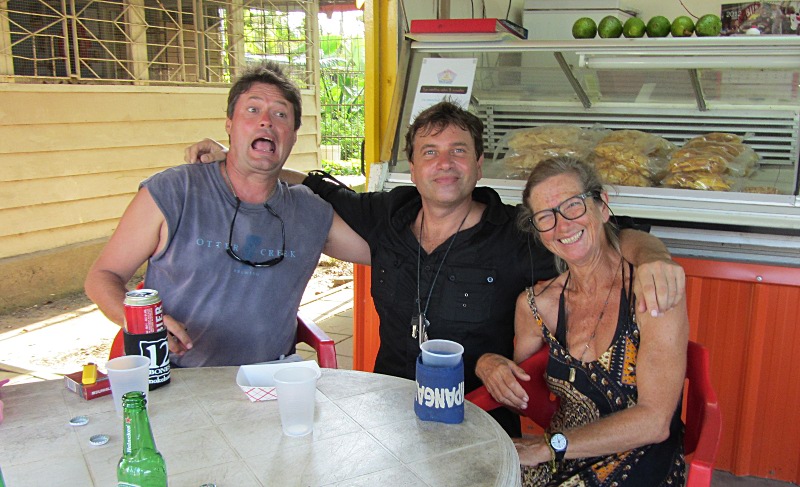 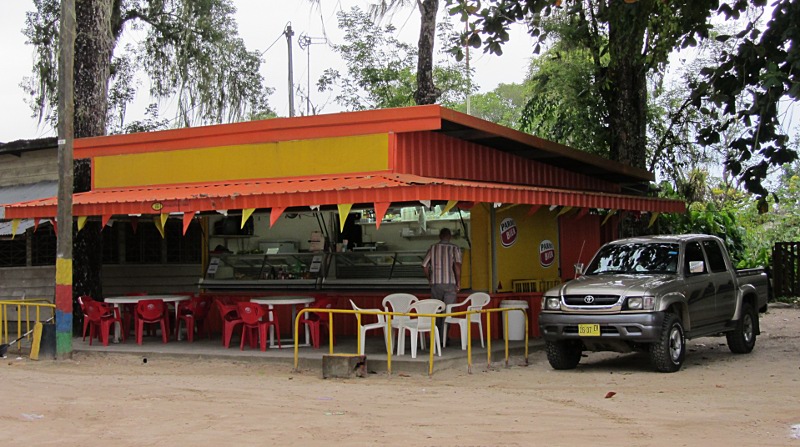 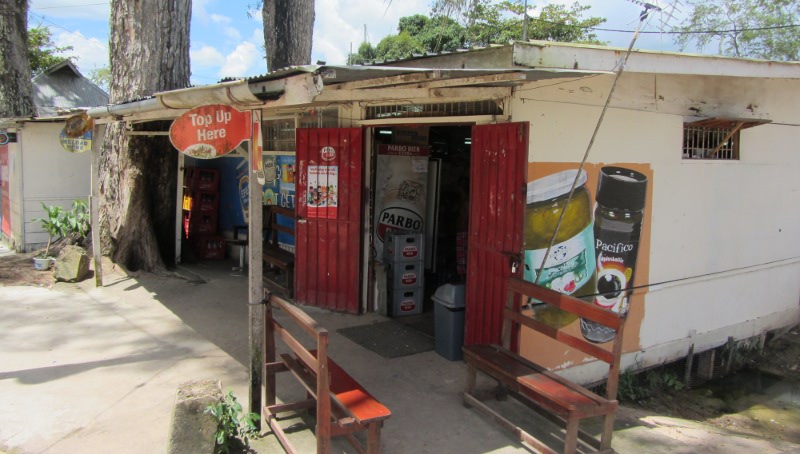 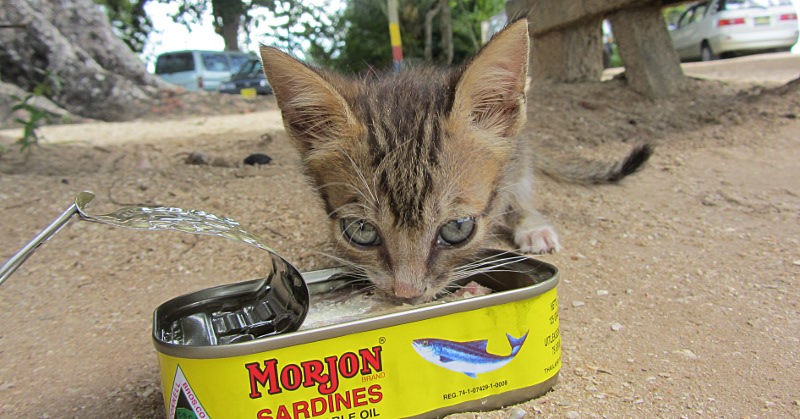 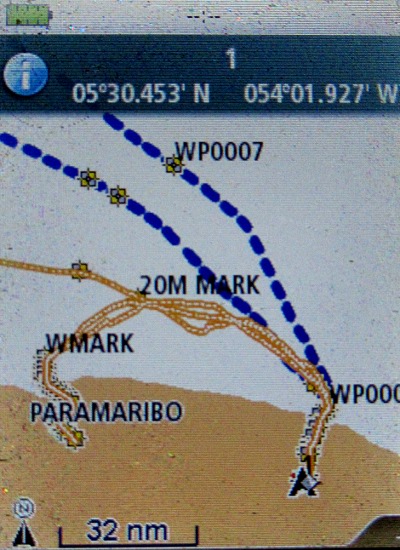 As you can see, I eventually did manage to sail to Suriname. 30 hours from anchorage to anchorage, but a trivial sail nonetheless. Just aim to make a nice neat arc out to the 20 meter depth contour!

The Surinamese fishermen are the only navigational difficulty (and the reason for the occasional zigzag in my GPS track). They have a habit of stringing their three mile long gill nets across the main shipping channels, or better still, attaching one end to navigational buoys. Some have been dragged miles from their correct position. Sailors beware! 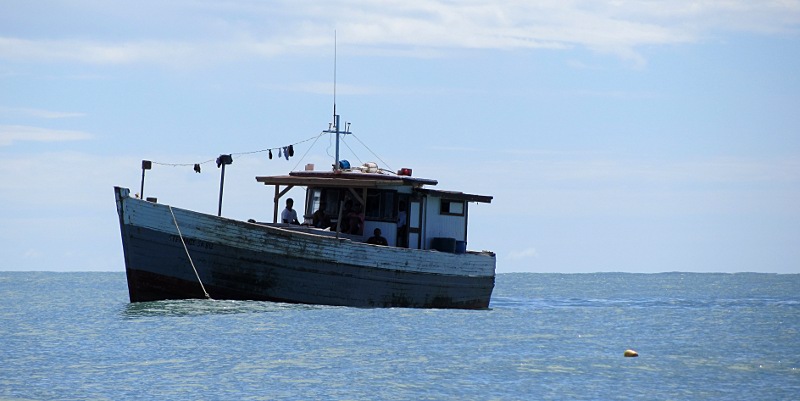 I had the pleasure of having this particular fishermen place his net across my path just as I approached Paramaribo. I wonder if he understood why I was forced to follow him for the next two miles as he laid his yacht trap! 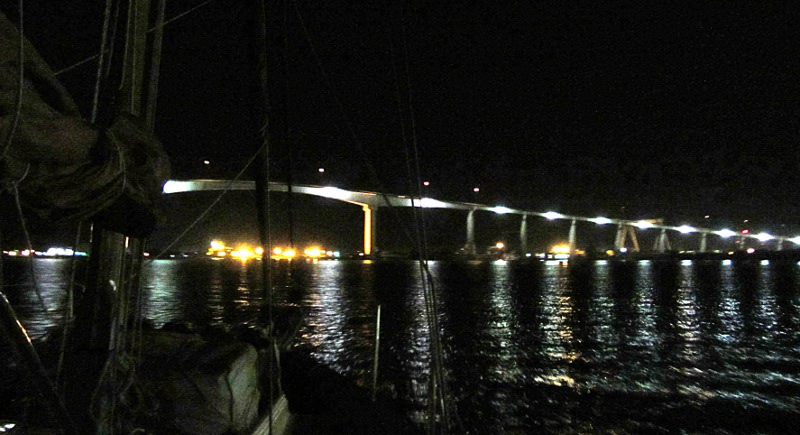 Sailing under the bridge in Paramaribo at night.

I arrived at the safe water mark at sunset and while it should have been a simple matter of following the lit buoys in to Paramaribo, Suriname’s penchant for towers with blinking red lights atop makes this an exacting task. Start by aiming for the green ones (lights that is), and take note of the following GPS coordinates (marking my boats position as I passed each buoy), for a trouble free night entry.

I had to wait for this odd localized squall to pass before making my final approach! 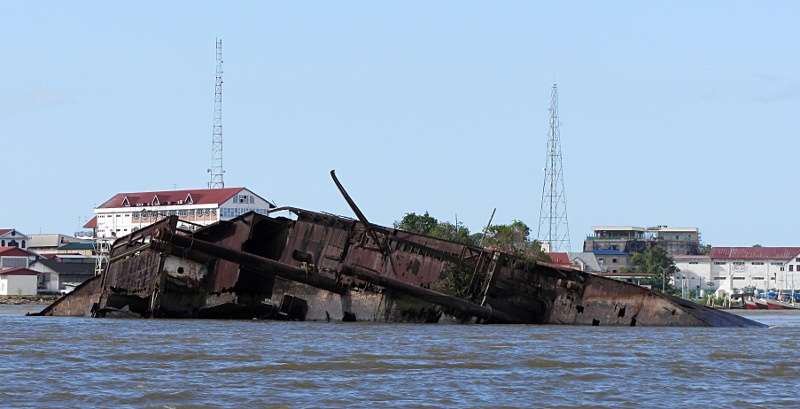 More obstacles for the unwary sailor.

Take special care of the wreck indicated above! It’s unlit, and I didn’t see it at all on my way in… I’m claiming ‘t was the “luck of the Irish” (Eileen’s heritage) that spared me from probable collision.

It’s a long way from the mouth of the Suriname River to the anchorage at Domburg. It took all night!!! Not as easy as I was led to believe (from what’s published on the Internet) either….

More on that subject later…