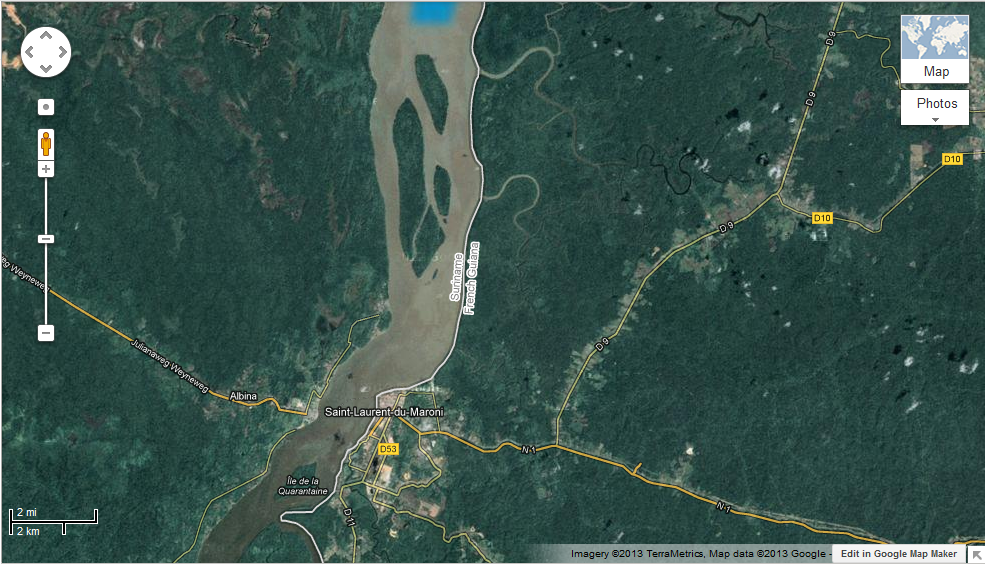 The islands on the Maroni River

A good question. One I finally found addressed in a fascinating paper by Thomas W. Donovan who states…

“In perhaps the most desolate and under-populated area in the South America lies one of the most lingering boundary conflicts of modern nations.”

Could this pose difficulties for some poor sod planning a marina development in French Guiana? Especially when at first glance (i.e. a look at Google Maps), the entire river appears to belong to Suriname?

Well, Google’s Map sources apparently have a history of getting it all wrong. Sometimes with dire consequences…

All because of an error on a map!

“ a treaty was finally concluded at Paris September 30, 1915 between the Dutch Minister De Steurs, and the French Foreign Minister Déclassé. The treaty was limited to the islands in the Maroni River between the northern point of Stoelman’s Island (Dutch) and the Southern extremity of Portal Island (French). It provided that

Which would make the current maps only about 100 years out of date….