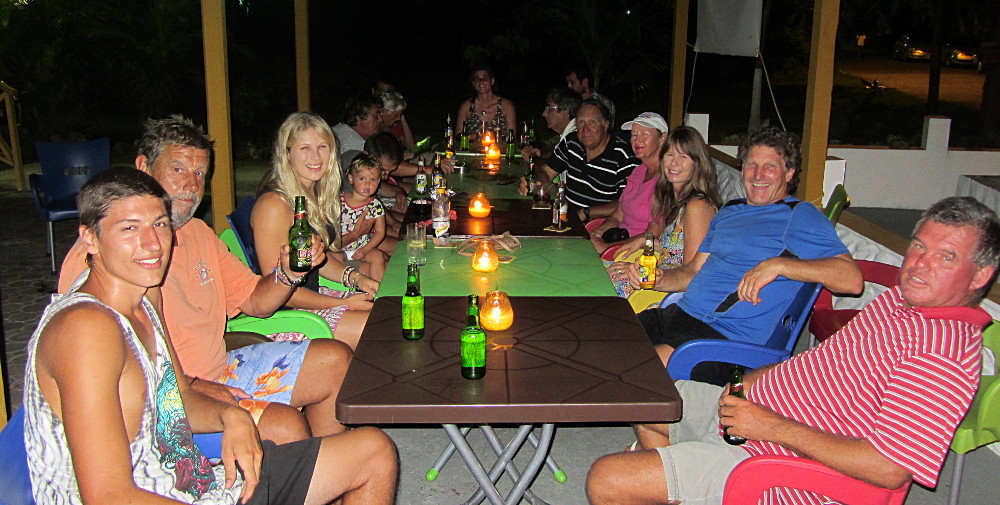 All the sailors at the Curve Bar, Tobago

The Tobago start wasn’t going to be a huge affair this year with just two boats (myself included) set to leave from Store Bay. Not that that stopped us from having a big send-off party. Everyone at the anchorage were invited for drinks at the Curve Bar in Crown Point to swap stories and boast about their navigational exploits. Fun was had by all.

Thanks Katy and John of Store Bay Marine Services for hosting the event. Next year it will be bigger and better with a pig roast, music and crab races on the beach (BYO racing crab) set to make the Nereid’s Rally departure a local fête.

Note that all yachts have the option to leave from Tobago but larger yachts will need to bunker elsewhere as fuel is DIY with jerry cans. 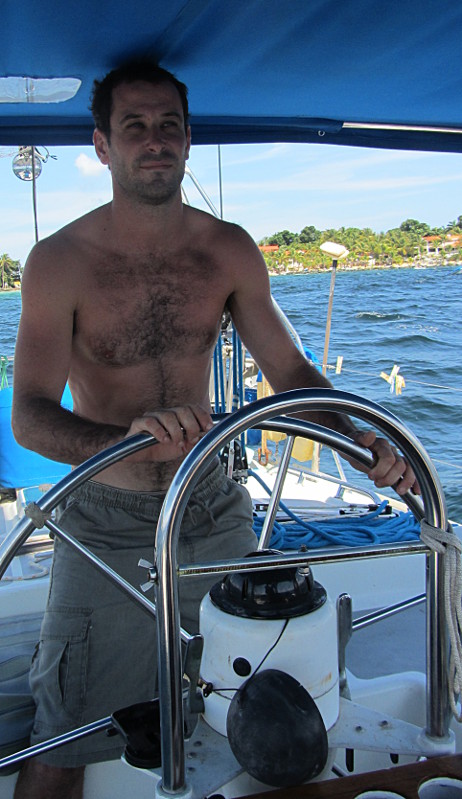 Here, Romain on Whistler is posing for the start. Having already sailed once to French Guiana from the Caribbean he was supposed to make short shrift of this passage. However, his rally was over before it even really started.

Whistler’s ageing mainsail was unexpectedly torn at the seams and so one of the favourites for completing the rally in record time was obliged to pull out to contemplate the purchasing of a sewing machine instead.

A “did not finish” (DNF) for our Corsican contestant… But all is not lost for our French fans! He has vowed to be back and take part in next year’s event. 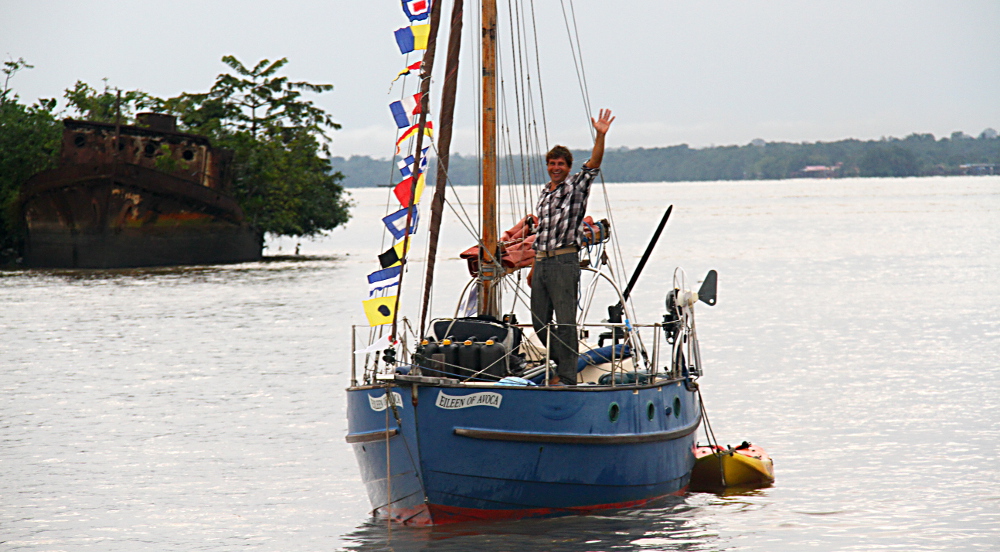 Next we have Eileen of Avoca, the smallest member of the fleet, measuring just 23ft. While there is no doubt she will complete the rally, it’s going to take a lot more than good local knowledge to keep up with the 40+ footers! 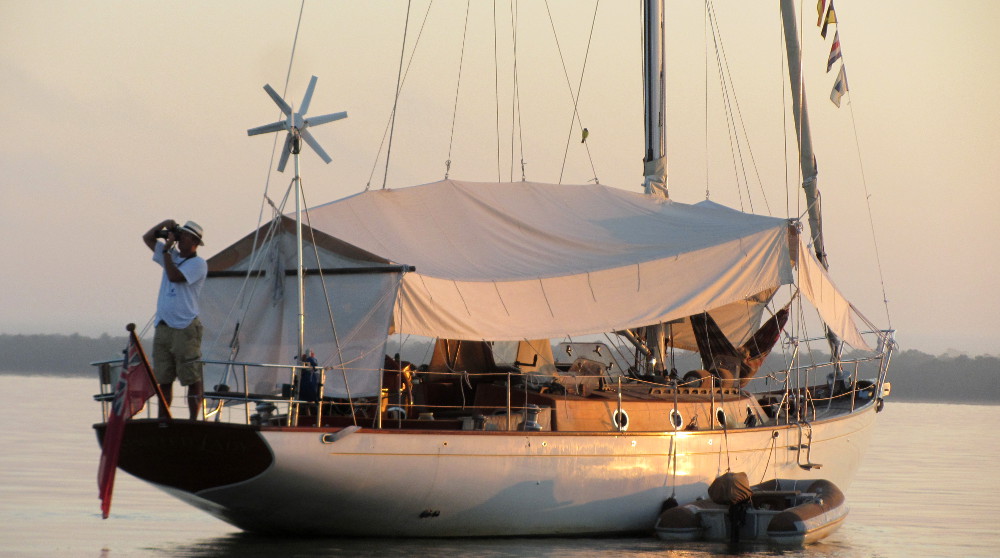 Spirited Lady, a Spirit 56 is a classic beauty! Her owner, Susie was the first to show interest in taking part in the 2013 Nereid’s Rally and we are all delighted to have her as part of this inaugural event.

Lion King, a handsome Hanse 53 owned by Harry and Ans is a real contender for line honours. Despite the ubiquitous Disney association with the boats name there is no doubt that this yacht means business. The question is whether anyone will be able to keep up once Lion King stretches is legs? 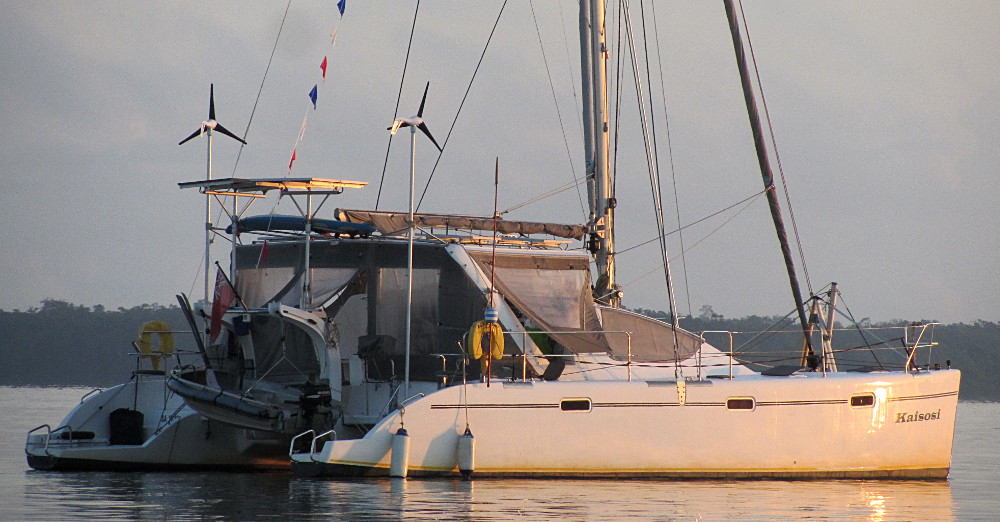 Kaisosi is the only catamaran in the fleet. A lengthened Admiral 40. Her crew Terry and Annette have sailed these waters once before, having made their way to the Caribbean from South Africa via Brazil. Will the yacht perform in contrary winds? 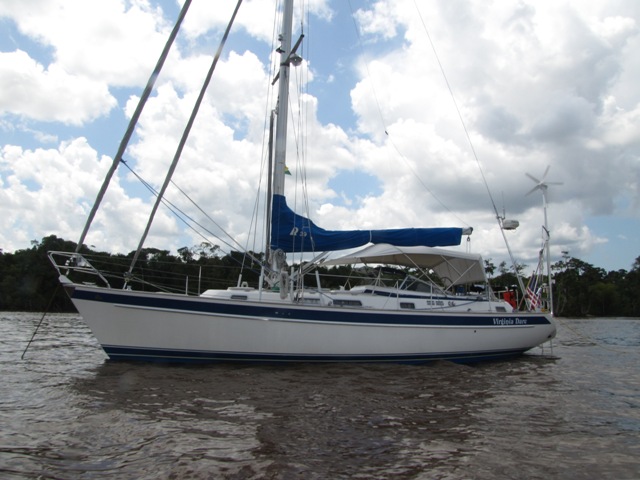 Virginia Dare, owned by Bob and Christine. An elegant Hallberg Rassy equipped with a 55HP Volvo. Contrary winds, contrary current? Not a problem!

Delamara, A 39ft Moody. Single-handed by Joseph from Barbados will miss the rally start because of a faulty started motor. He intends to bypass Guyana and head directly for Saint Laurent du Maroni to catch up with the rest of the fleet.

Mai VII, our only other French contestant, has pulled out of the Rally the day of the start citing mechanical issues.

Restless, skippered by Ron, is waiting on a new mainsail in Grenada. We hope it will arrive in time so he can join the rally in French Guiana.