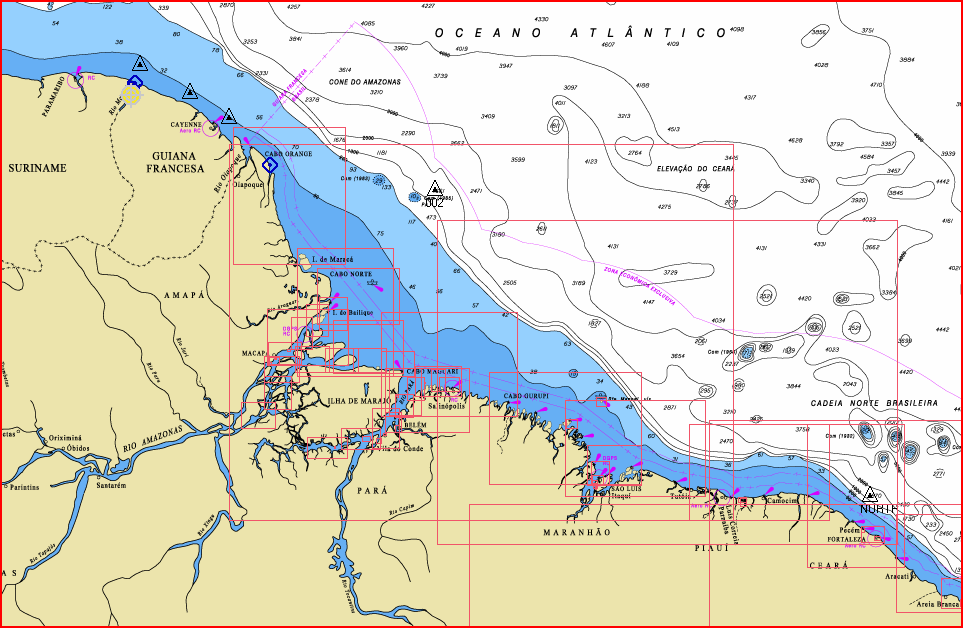 Already on your way to Saint Laurent du Maroni?

From Brazil it’s a leisurely sail with favorable winds. It took me 10 days to reach the Salvation Islands (Iles du Salut) following the rhumb line and while it would have been nice to visit São Luís (Saint Louis) and Belem on route, my tourist visa had already expired. They will have to wait for Eileen of Avoca’s…. Brazil take two adventure… 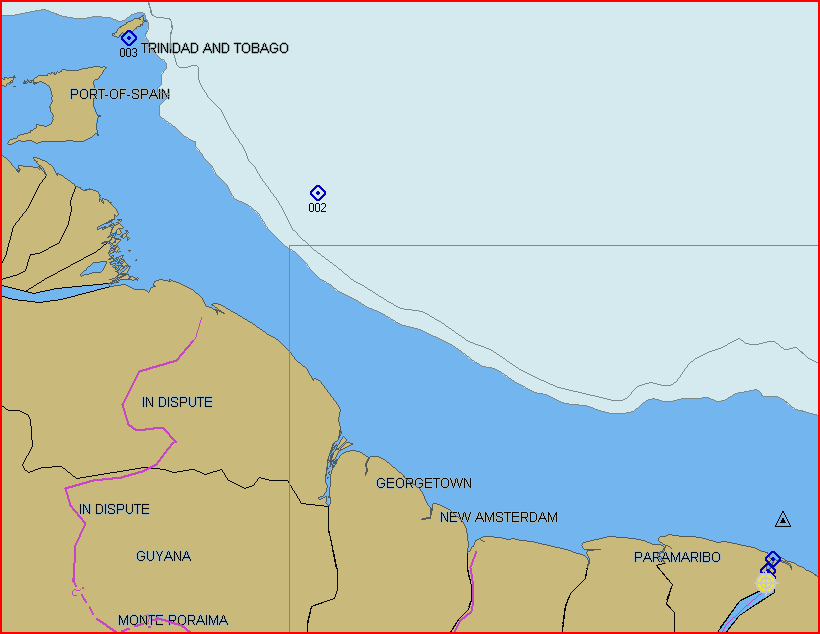 Heading South from Trinidad and Tobago isn’t as hard as it’s been made out to be. Yes, you may have days where the wind is on the nose and yes, there are places where you will battle a ferocious half knot of current, but if my boat can get there, so can yours…

The best departure point is Store Bay in Tobago. Head past Toco Trinidad, and take a direct bearing from there. The only obstacles you will encounter are Trinidad’s oil platforms to the southeast of the island.

Friends who have experimented with a more coastal route, following the 20m depth contour along Guyana and Suriname, have found that the winds and current are more favorable. Go for it by all means if you have crew. It takes about the same amount of time but you will avoid some motoring.

Here is the official list of buoys marking the entrance and route to Saint Laurent on the Maroni River. 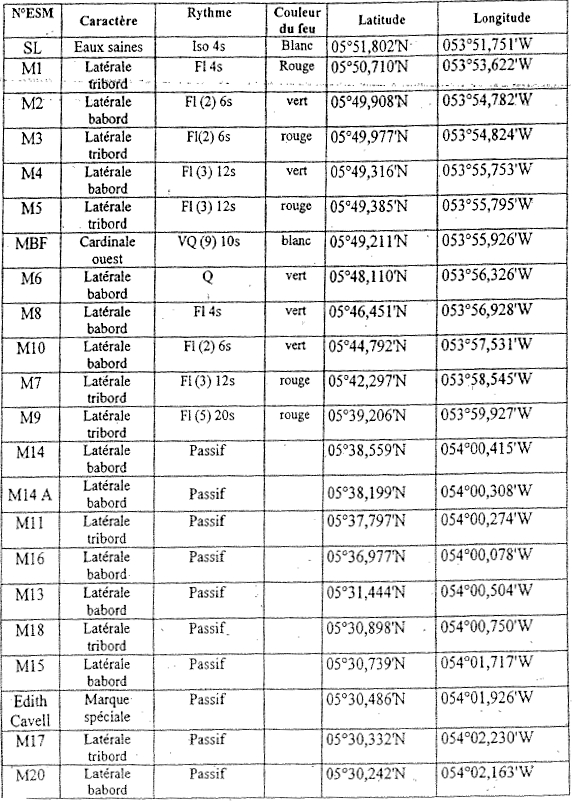 Position of buoys on the Maroni River

NOTE: M14 may have been moved… I’ll check the position shortly.

Last but not least, tide data can be found here and here.

I expect to have a number of supervised moorings available for sailors wishing to leave their boat during the hurricane season. For inquiries contact www.marinaslm.com

For flights in and out of French Guiana, you have the choice of Paramaribo and Cayenne as departure points. They are about the same distance in terms of travel time from Saint Laurent. 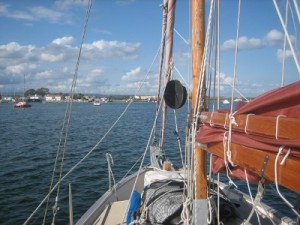 Strangely, I’m experiencing a complementary current near the coast when I’d expected a contrary one. As a result I arrive at the strait at least two hours before schedule. What an inconvenience!

What I’ve failed to notice is that my complementary current is an eddy. Fooled by the shipping which makes the passage through the strait regardless of tide, I head for the narrows and find myself caught in a whirlpool!

With the engine at full speed I make headway at less than half a knot but even this progress is short lived as the engine overheating alarm sounds and I am forced to switch off the motor. Now I’m at the mercy of the currents. Luckily the weather is fine and there is no swell. I hoist all sails but it has little effect. I am pushed around in a large circle at over 5 knots!

After an hour of going backwards, sidewards, and just about everywhere else I’d rather not go, I’m getting a tad frustrated. I manage to start the engine and head for Capo Peloro (but only by steering 90 degrees from my intended destination). I make about 1kt speed over ground. The idea is to get as close to the coast as possible where I hope the effect of the current is less. Surprise surprise, the strategy works and I pass the troublesome headland just meters from the shore. A shoal draft vessel does has its advantages! 🙂

By sunset I’m exhausted and I head for Milazzo for some sleep. I tie up at the nearest marina and ask to stay for 4 hours to rest. “No problem says the manager, rest, we will only charge you 5 Euros an hour”. As if I can sleep when the meter is ticking! I refuse the ‘generous offer’ and set sail once more for Palermo.

Thursday the 5th of April

The high pressure system finally decided to move south and both wind and waves miraculously disappeared. I followed the fishermen out at sunrise and motored all the way to Dover on a good tide and smooth seas. It was so calm that I was able to round Dungeness by less than a cable.

The only challenge was the mandatory call to Dover Port Control and squeezing through the western entrance on a rapid tidal stream. I spent the night in the tidal harbour but the small craft moorings by the beach were a tempting option given the good weather.