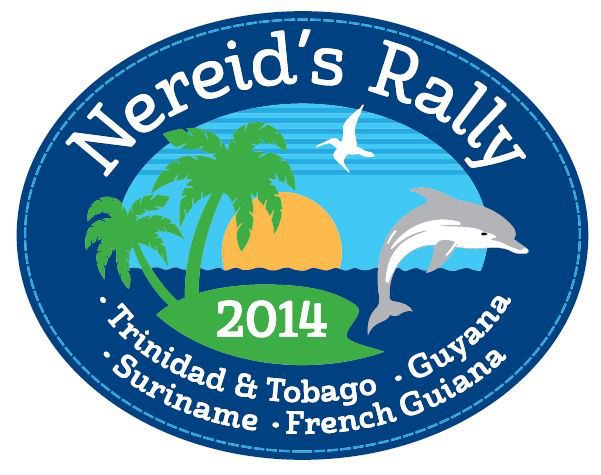 So while I was off gallivanting around the world on more conventional modes of transport (like aircraft…, how novel), Eileen sat on the hard in Trinidad waiting for the 2014 edition of the Nereid’s Rally.

Well before the start, and the pre-rally seminar in mid August, I was meeting with sponsors in French Guiana, Suriname and Guyana. Just to make sure all was ready for the fleets arrival.

Yes, the Nereid’s Rally has sponsors!

There is even an association called “Friends of the Nereid’s Rally” recently formed  to promote it and raise funds for the official receptions.

This way the whole venture is non-profit rather than a net loser for me.

And the final result?

Mixed… But more on that later.