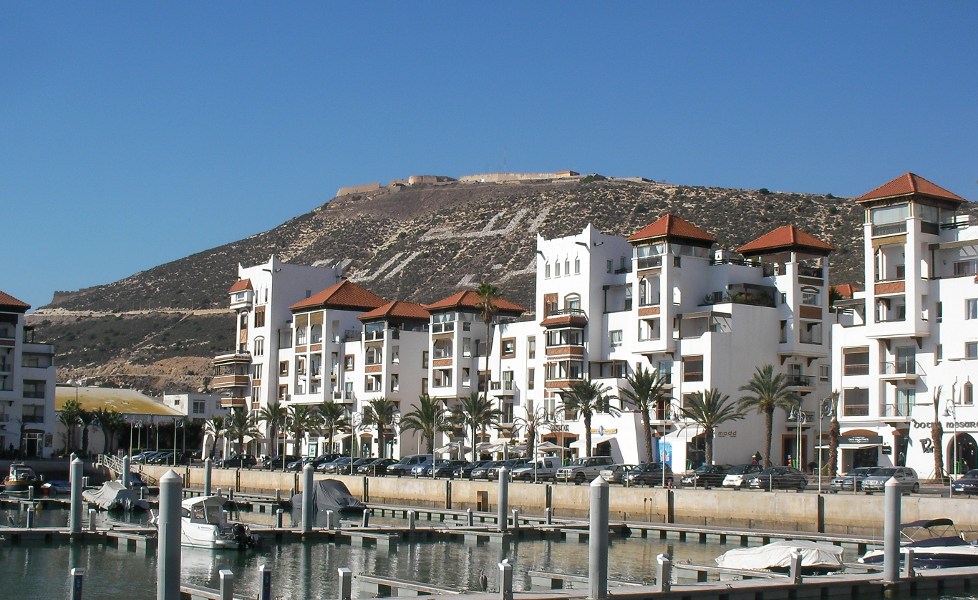 I arrived at the marina in Agadir at 9:15 on the 8th of November to find another of those “build it and they will come” developments typical of southern Spain, with the difference that locals enjoy frequenting the waterfront cafe’s and restaurants. Must be a “hey look at me, I can afford to pay silly European prices for my coffee” thing.

Not to be confused with the main industrial and fishing port which is truly “another world”, the marina is clean and pleasant, the officials politely efficient and the comradely openness among cruisers delightful.

Upon arrival there are a few hoops to jump through, the most odorous being a search of the boat by customs, but Eileen passed despite the officials dismay at finding every available crevice jam-packed with provisions. 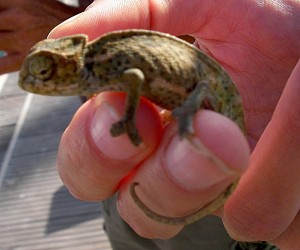 There were comments about needing to bring in a sniffer dog, but in then end, my enthusiasm to dig out whatever they requested was apparently enough to allay their concerns. Mind you, the white powder surrounding my store of salami and the vacuum sealed pre-cooked potatoes did raise a few questions.

Now I wouldn’t mind smuggling one of these extraordinary biological pest control devices (purchased locally), like some (obviously they must remain anonymous) others do. 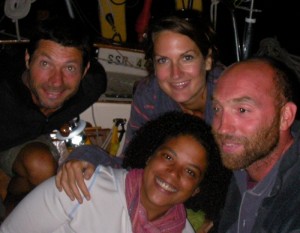 It's another party on the Blue Boat!

With the red tape accounted for, it was time to get a feel for the place. First impressions, undeniably touristic. With a restaurant to cater for every nationality and taste lining the beach front, and a seaside promenade to rival any in mainland Europe, you could see town planners were working hard to attract the tourist dollar, and all in all it seems to be working.

However, none of this really interests me. I prefer socializing with other sailors and discovering what the locals do, to eating in restaurants with my invisible friends. 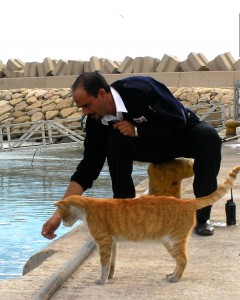 So what are those marina officials in fancy uniforms doing when they are not searching through your boat? Well, this one evidently passes the time keeping the local population of strays well supplied with fresh fish! He told me that this ginger one was his particular favourite.

I met the very simpatico Greek and French crews of Troll, (seen here removing rust spots from their fine vessel), and Bajada (see link below). The odds are that I will see them again in the near future as they are considering taking the same route as Eileen of Avoca to Brazil. I hope so! 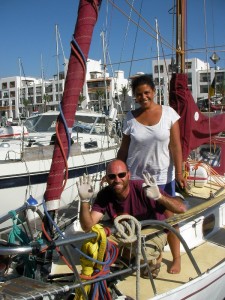 The enthusiastic crew of Troll

What I found especially interesting in Agadir was that I’d stumbled across this gathering of younger and more adventurous cruisers. Crews without a set plan or timetable, that were determined to avoid the formalized Caribbean “milk run” itinerary. Just have a look at this web site (in French but the photos tell the tale), to see what I mean:

I also discovered an unofficial underground sailors club than can only be described as the “avoid the ARC rally” crowd.

Up until now I’d only met a couple of entrants to this years ARC rally, but apparently most of the popular Canary Island anchorages (such as the one on Isla Graciosa), are so packed with ARC entrants that when the wind shifts and the yachts swing into their new position, everyone is in a panic.

Marinas are overflowing with “party crazed” (marina employee quote) ARC crews until the 21st when the 250 or so official participants and who knows how many unofficial “let’s tag along-ers”, leave Las Palmas in Gran Canaria.

My agoraphobic tendencies make me a shoe-in for  “avoid the ARC” club membership, so I’ve decided to time my arrival in Gran Canaria with the moment everyone else leaves!