No, I'm still not sailing anywhere...

I’m still in Salvador Bahia, Ribeira to be precise, the “gringos with their camera’s aren’t welcome here” zone I’d written about earlier, but the atmosphere has changed.

Pre-Carnival, I felt somewhat unwelcome, but now that it’s the off season (and the rainy one) the locals seem much more relaxed and agreeable. Perhaps I just needed to stay a little longer in order to break the proverbial social ice. 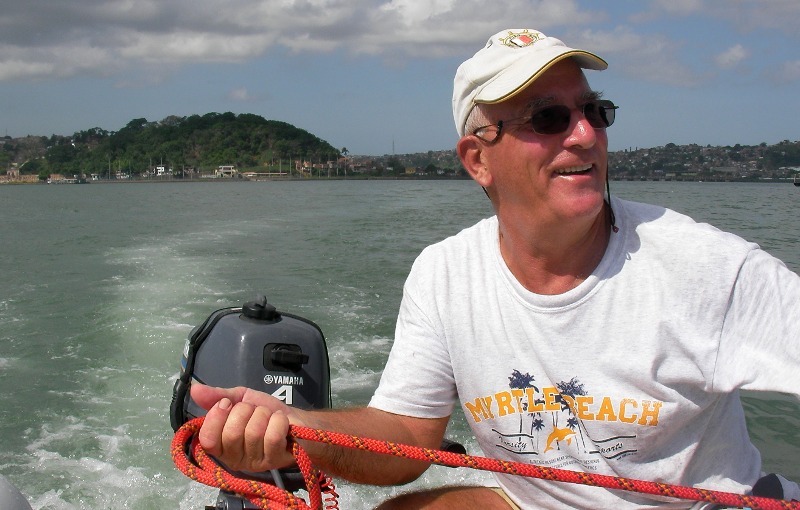 The crew of Rhapsode

I’ve even manged to meet with and befriend what is a surprisingly rare site in Brazil, the English sailor! Peter (see photo) is stranded at Pier-Salvador marina due to severe weather damage. The bulkhead of his yachts mizzen mast cracked in rolling seas and must be repaired if he is to continue his journey. 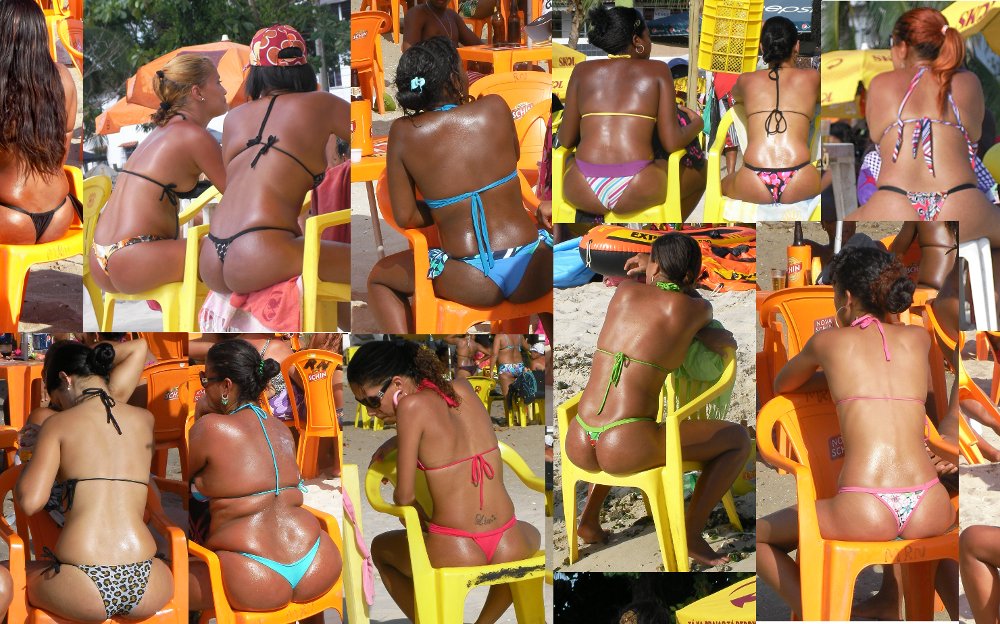 Everyone needs to have a hobby...

While the tradesmen are at it (in a slothful frenzy evoking memories of my Brazilian banking experience), we make the most of the local beaches, where I enthusiastically conduct a study in comparative anatomy for remedial purposes.

You don’t suppose that all this solitary sailing has made me develop obsessive tendencies do you? 😉 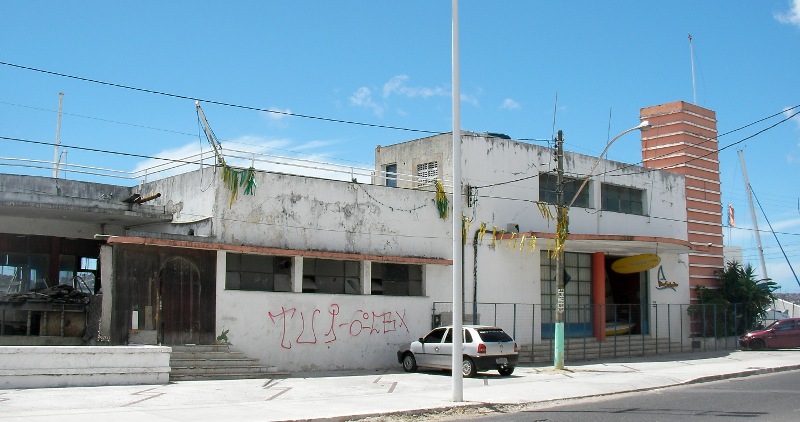 Like I said, the marina has seen better days!

So what wondrous tales of sybaritic excess have I to tell after my week long stay at Pier Salvador marina in Ribeira?

While still harboring “great expectations” for Bahia, (I know I’ve experienced but a morsel of what the region has to offer) I’ve had to be satisfied with imbibing freely on its visual and auditory splendor (plus several cold beers for good measure). 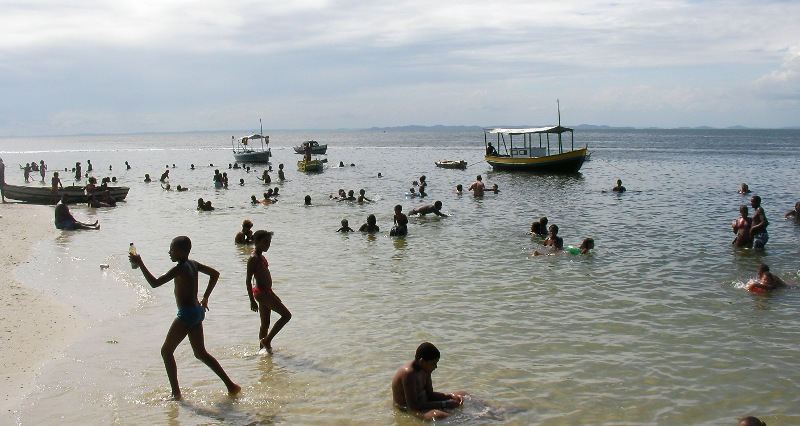 No tourists on this beach in Ribeira

Yes, Salvador is the diverse and interesting metropolis I’d sought, yes, its beaches are spectacularly lively, and yes, music is everywhere, spontaneously encouraging both young and old to dance openly in the street (and wow can they dance!)…. 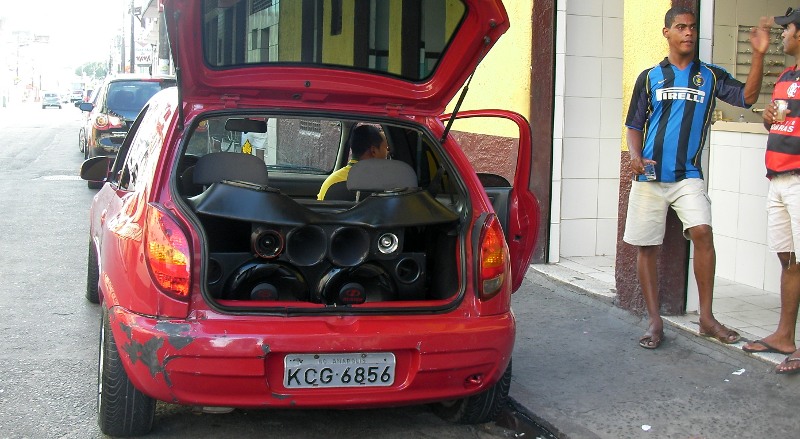 Music in the streets!

Salvador is also the first place where I’ve actually been made to feel like an intruder. Not at the marina, not at any of the restaurants or main tourist traps, so obviously not when I’m seen as a potential source of income (yes I’m a cynic!).

The “bad vibe” (a cynical wannabe hippie) is apparent when I’m out on the street, amongst the locals, making my habitual photographic rounds. Somehow I doubt it’s just a case of “gringo-photo-phobia” (fear of featuring in some tourist’s holiday snapshots, or heaven forbid… a sailing blog!). 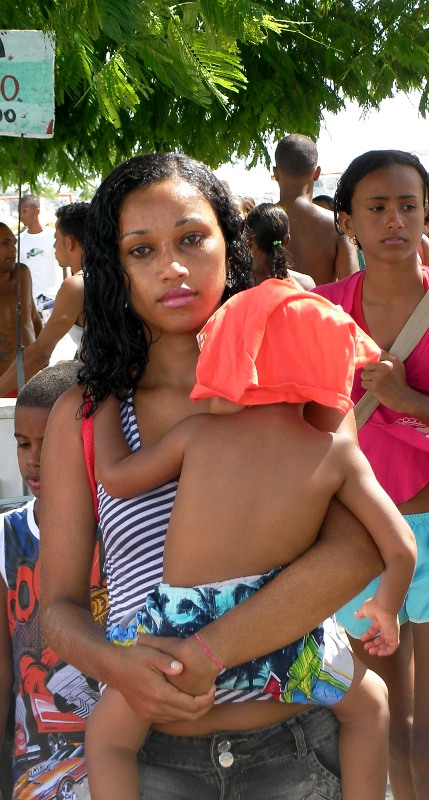 No smile for the camera?

I chose to stay in Ribeira because it’s where the majority of tourists don’t. It’s my way of effectively mingling with the general population. Here the strategy has backfired!

Bahians appear troubled by my presence. It’s as though I’ve bullied my way into their last tourist free oasis. I’ve gatecrashed, an uninvited guest and I’m not sure they’re too thrilled about it. 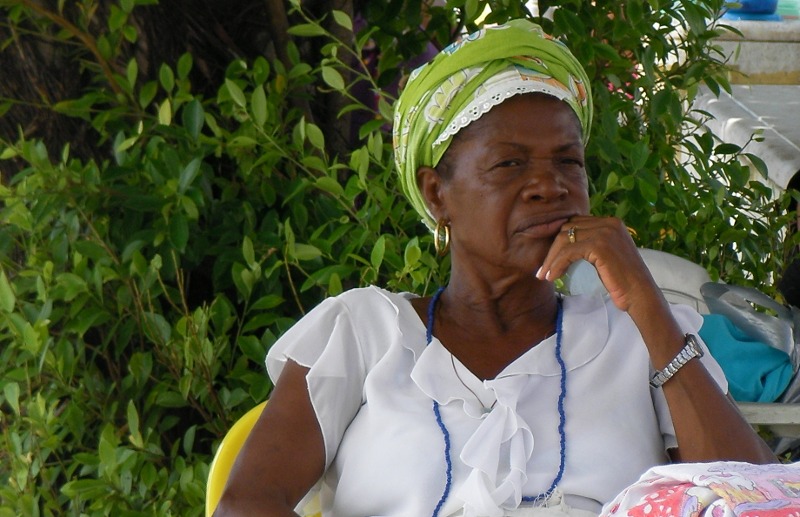 Not too thrilled about being photographed…

Given that the city is overflowing with hoards of carnival party pilgrims, I can’t really blame them.

So if you were wondering why there are so few smiling faces in my latest collection of photographic impressions, you now know why.

It’s because the “gringo” with his pocket camera has been noticed!

So, I’ll just wander off to take a few shots without people in them before surreptitiously sneaking a couple in while they’re not looking… 😉 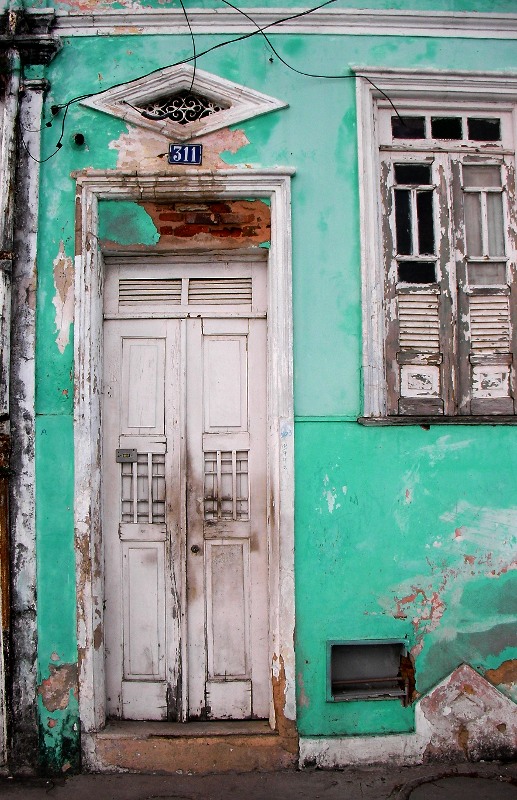 Except it’s harder than you’d imagine… 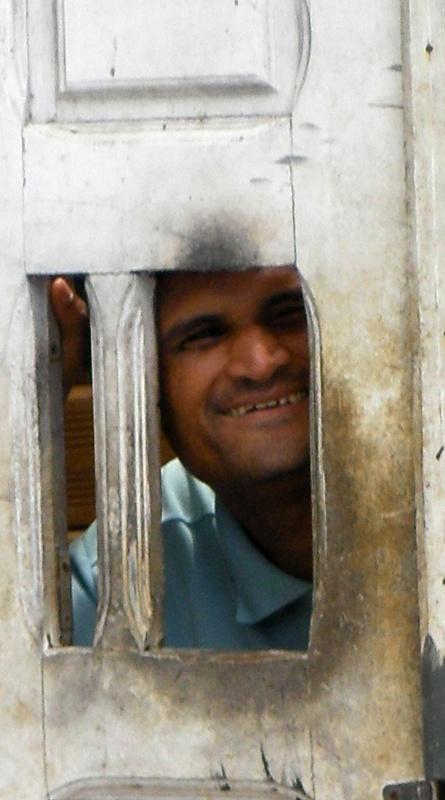 Ah! The secret is to catch them while they’re distracted… 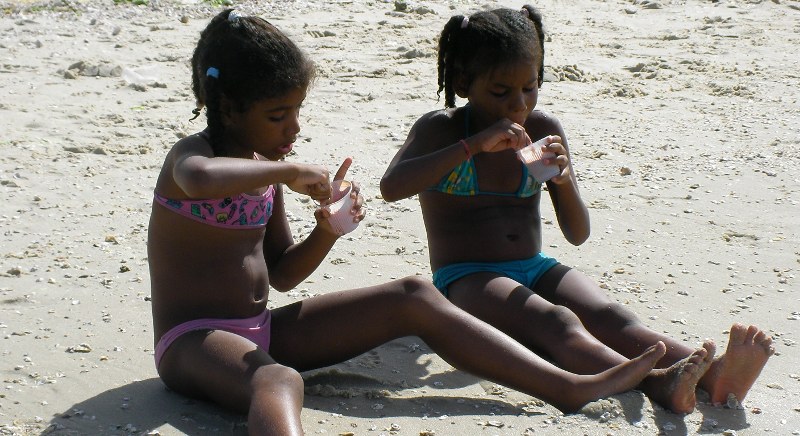 Too busy to notice Mr Cameraman!

Yes, operation ice-cream is a success… 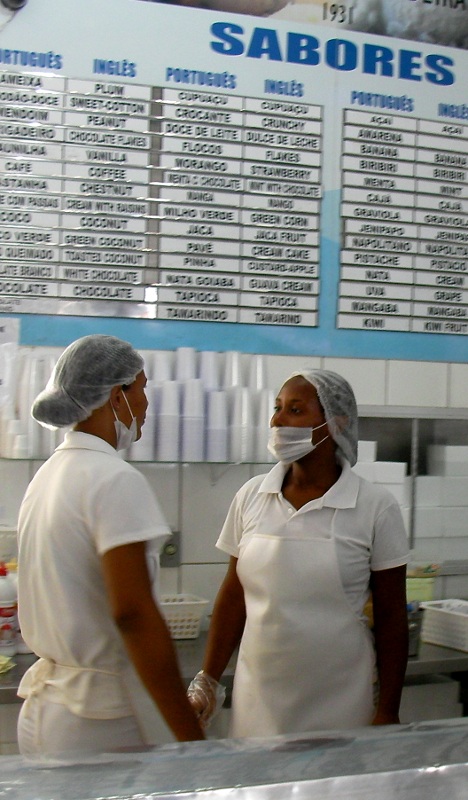 The best ice-cream in Salvador! 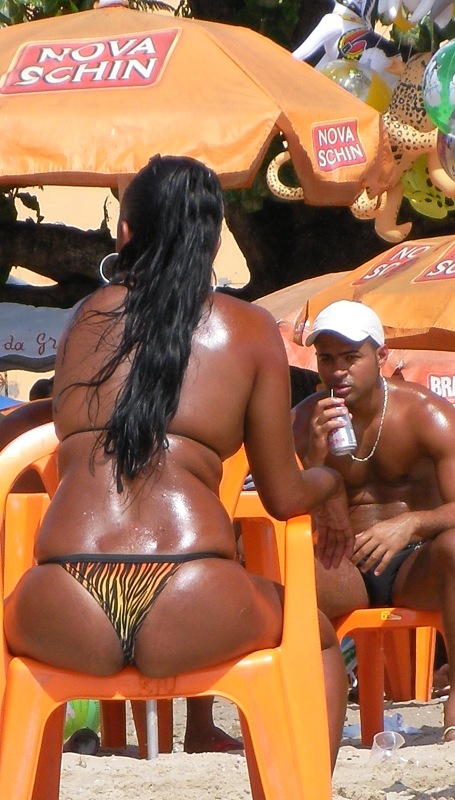 Don’t ask me… I’m just the photographer…. but apparently this is the way the women work on their tan. 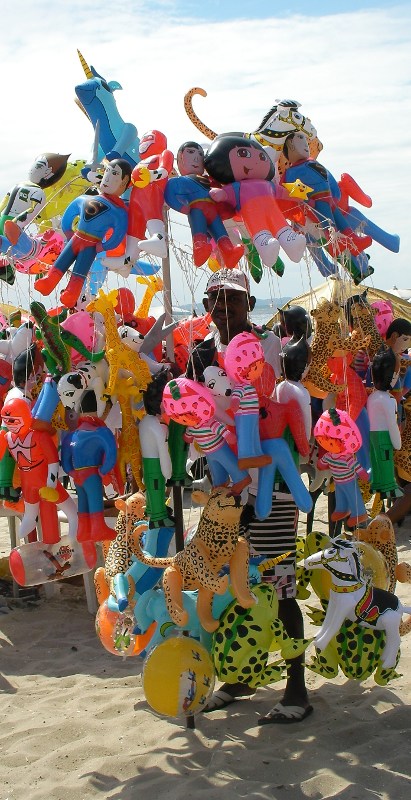 Under the inflatable doll tree

The men on the other hand look for some shade… 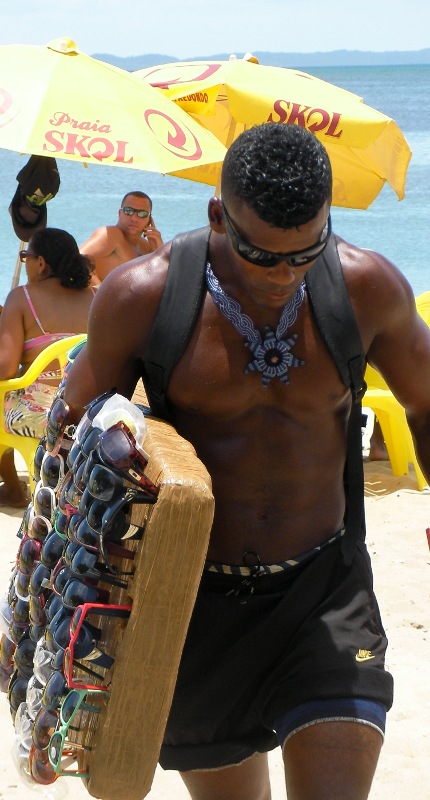 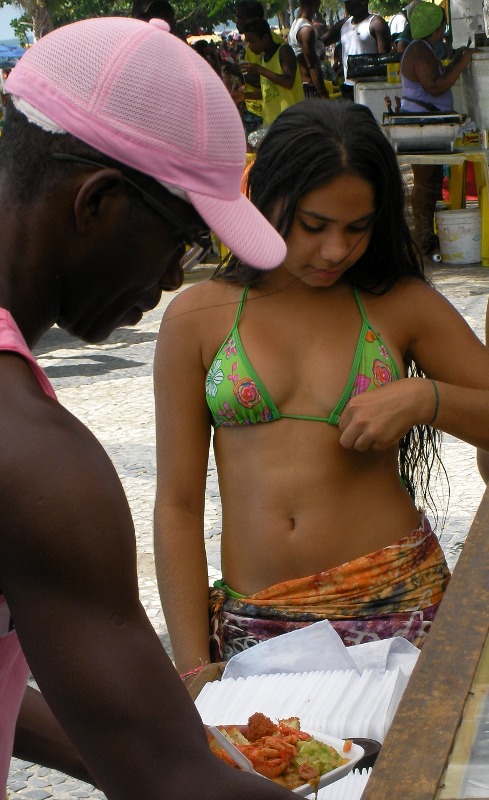 Food served on the beach!

But Ribeira is not just beach, bikinis, beer and food stalls. 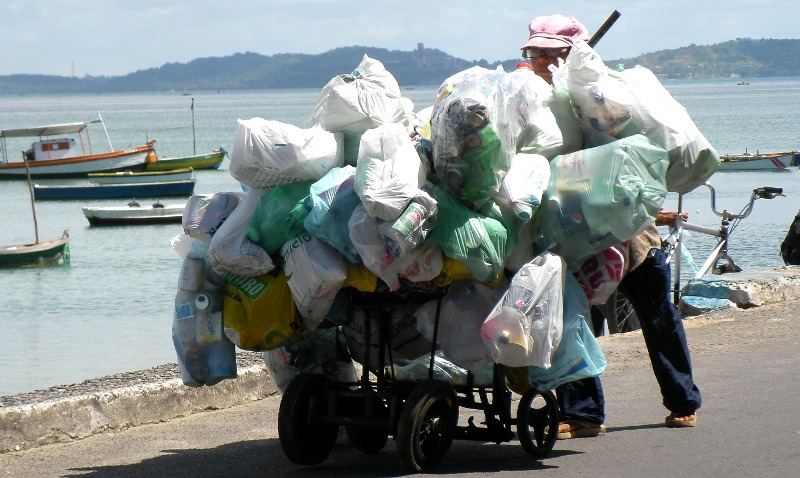 Some people have to work for a living (present company excluded). 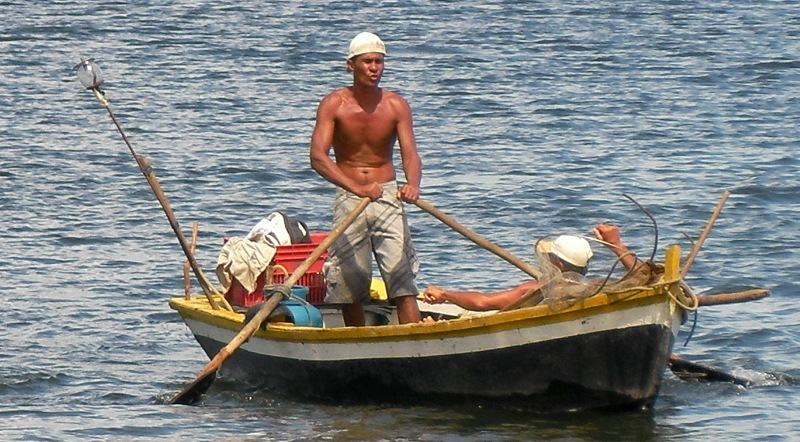 Bahians don’t always get that lean muscular body by going to a gym. 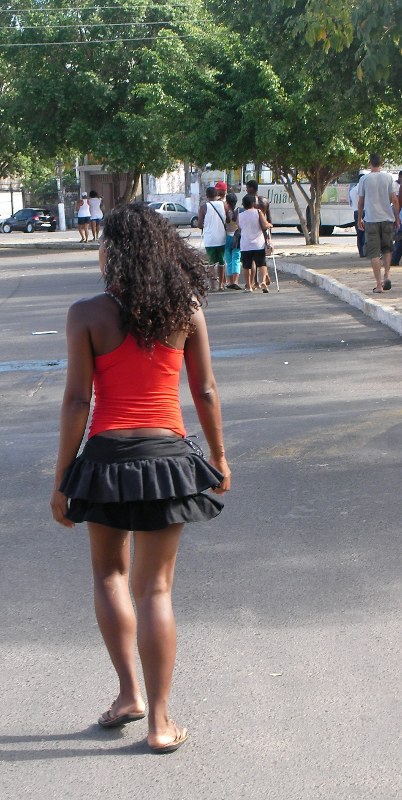 I get mine by going for walks… 😉