The dingy fleet in Cascais, Portugal

It’s been a week of lazing about Cascais and Lisbon with very little to do. Just the way I like it. Sleeping in, wandering about town for a spot of exercise, and shopping for enough food to last two months. These are the activities that now feature prominently in my daily routine.

Provisioning is one of my favourite “stuck in port” pastimes. It’s shopping therapy without the guilty feeling that usually accompanies those nonessential purchases. Admit it… you know exactly what I mean… 😉

So, guilt free, I wander the supermarket isles hunting for interesting tidbits that can be stowed without refrigeration for months or years at a time. Cured hams in vacuum sealed plastic, strangely appealing (at least until tasted), meat substitutes made of goodness knows what for vegetarians, tuna burgers, assorted pates and crackers, mountains of pasta and precooked packets of rice, vegetables etc etc… I’ve not been as methodical as other sailors with my sailing larder. Some have each meal organised into individually wrapped plastic hampers labeled with the day of the week in waterproof marker. OK, perhaps I exaggerate a little… they don’t all use waterproof markers on their hampers.

This strikes me as obsessively organised, and I hope to never have such simple pleasures preplanned to the nth degree… No no no… I’m much happier rummaging about in the storage compartments under the settee for the mystery meal of the day. It’s not like I don’t have the time to go digging, and think of the pleasure denied you if it’s known without a doubt (because it’s written in the inventory), that there are no more tinned puddings aboard. I’ve strategically hidden mine so that it could be many months before they’re rediscovered. 🙂

Of course I’ll probably pay dearly for this haphazard nutritional strategy… After a month at sea I may be reduced to eating odd leftovers such as tomato sauce and jam tortillas. Ugh! 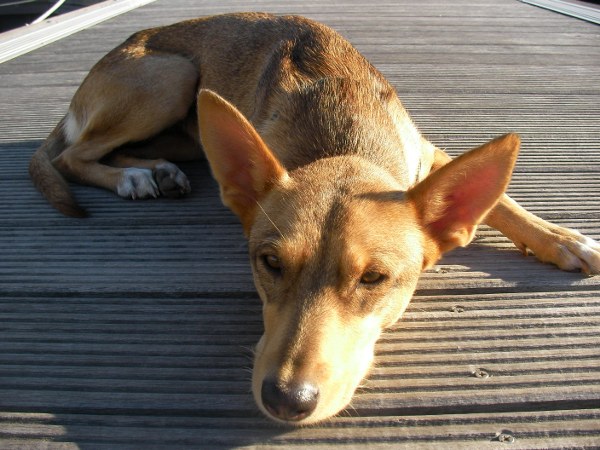 Is it a dingo? No, it’s something else entirely, but I’m not sure what… Your guess is probably better than mine, so if you want to name the breed, feel free to leave a comment. I’m going for the pseudo Latin Canis Verylazybus whileinportus. 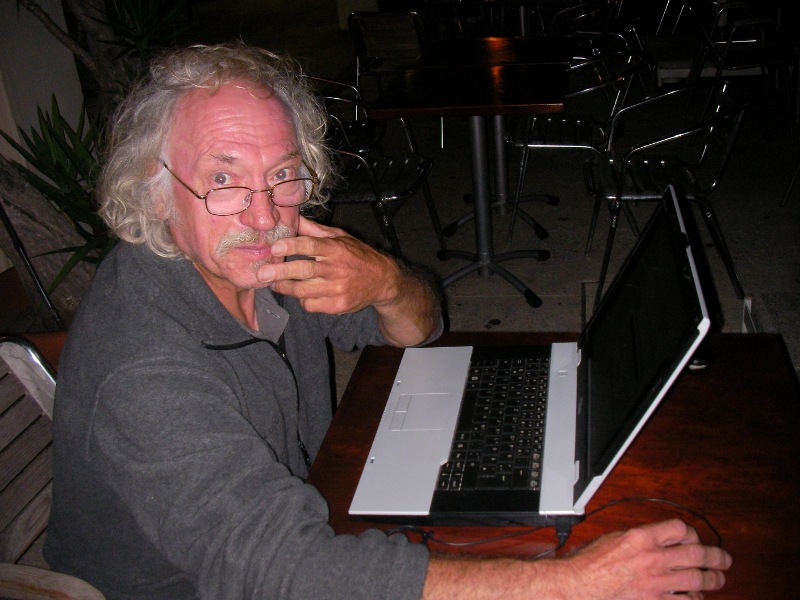 Sticking with the pseudo Latin theme, here we have Bloggerus muchtoomuchus slaving away (late into the night), updating the ever important sailing website. Good thing I’m not nearly as conscientious. I finished my update a good 5 minutes before him… 🙂 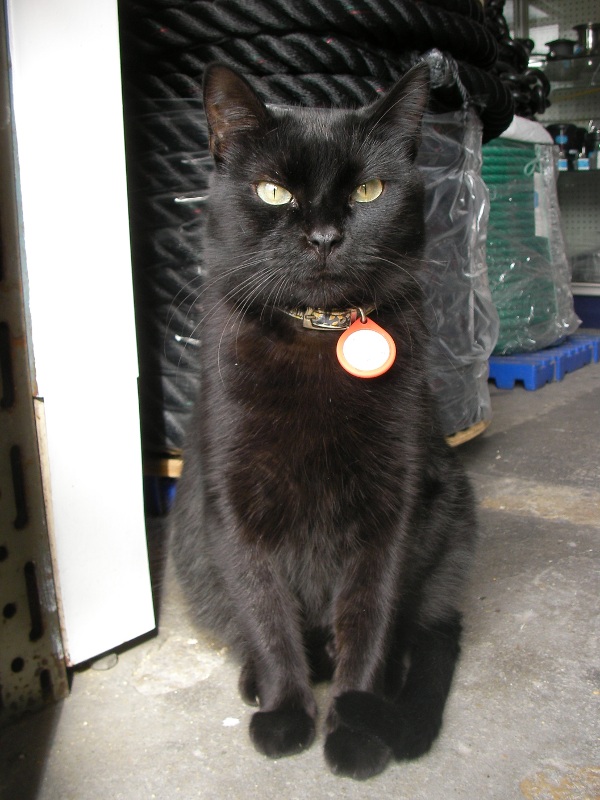 Back to the animal theme, here we have Cattus veryblackus guarding the entrance to one of Lisbon’s ship chandlers, in which I purchased some of the most expensive rope I’ve ever had the misfortune to require. That will teach me to disregard such obvious omens… 😉 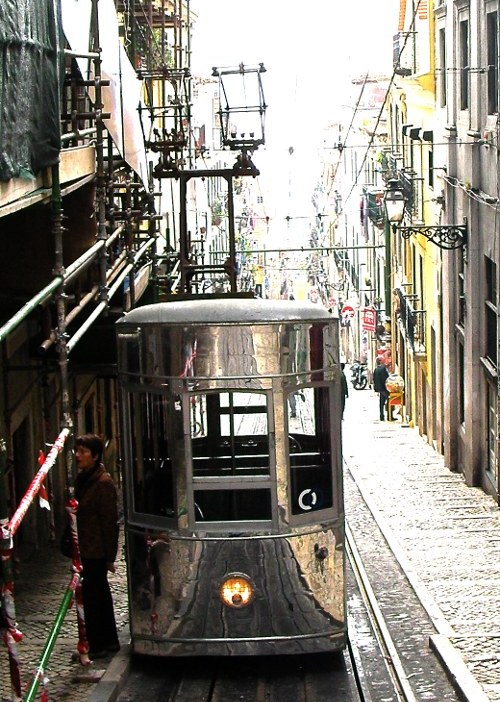 So that it wasn’t all work and no play while visiting Lisbon, I took this Tramus incrediblyreflectus in order to satisfy my vanity and latent bling bling desires. 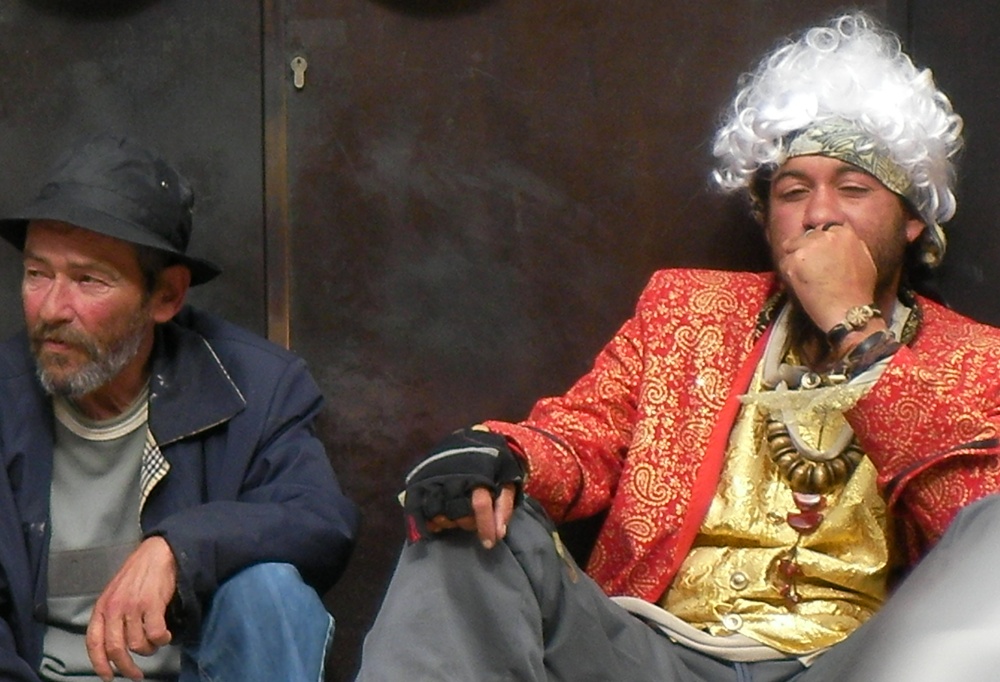 You see, in Lisbon, it’s very important to look ones best, and if the resident homos withouthomeus is anything to go by, I need to spruce up my wardrobe considerably.