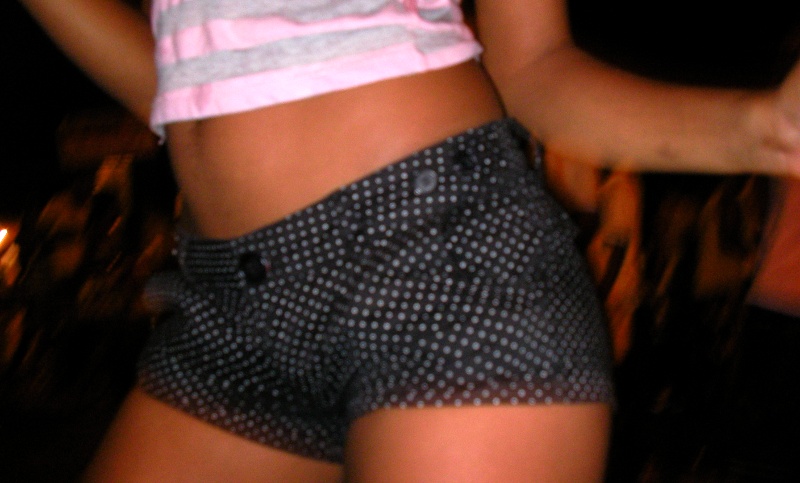 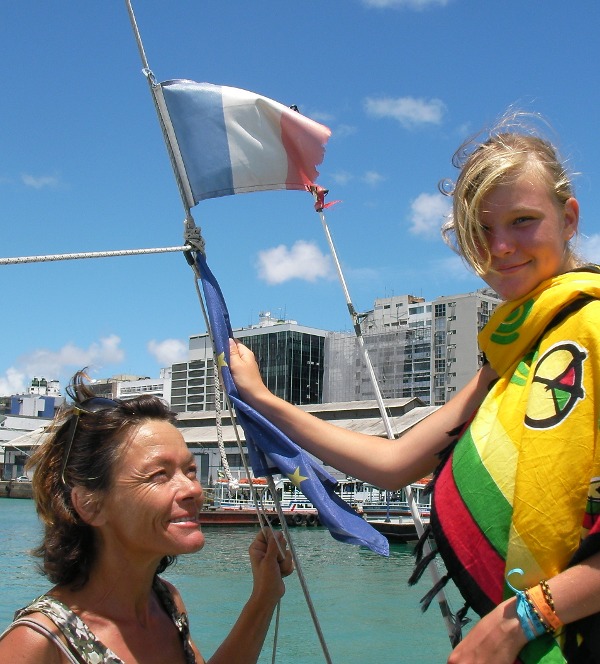 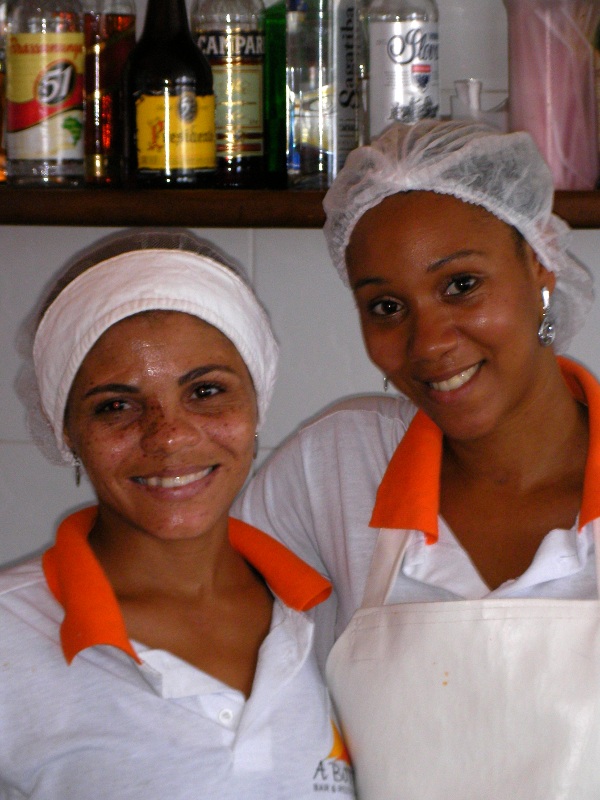 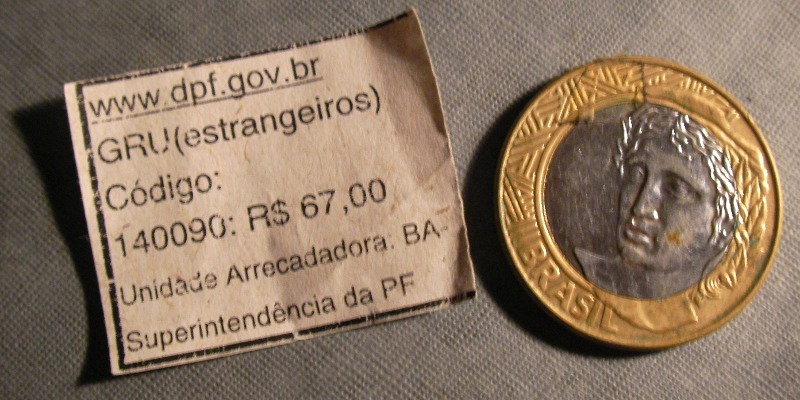 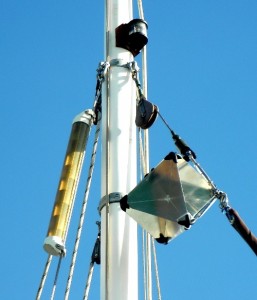 My collection of radar reflectors

Before leaving Lanzarote I bought and mounted a biggest ugliest radar reflector I could find. Short of hoisting my pots and pans there is little else I can do at this point. Fingers crossed that it’s enough to make me visible to radar.

I also installed a much sexier, but considerably more expensive solar panel in the space covered by the companionway hatch (when it is open).

Not too shabby if I may say so. 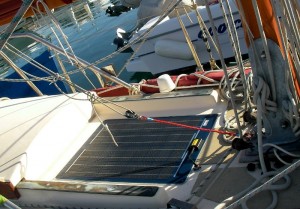 Nothing like a few boat chores to suppress the heart and stimulate the mind. Besides, there’s no more whiskey aboard.

It took me 24 hours to sail to Las Palmas, Gran Canaria. My plan was to arrive once the ARC rally fleet had left so I could be sure of a berth but I had not counted on the marina being closed. Yes, closed! But I’m getting ahead of myself here.

Just as I rounded the breakwater (at approximately 11am), I ran into the entire fleet of ARC participants as they made their way to the starting line. Looks like my timing was a little off. No matter, I’ll just join the festival, take advantage of the photo opportunity and watch the procession from the comfort of Eileen.

The 2010 ARC Rally leaves port. Trouble is, there's no wind!

I spotted the young Swedish crew of “Wind” (who I’d met in Nazare). Music blared from their boat as they waved to the crowd gathered along the marina breakwater. I also found myself alongside “Summer Song” (the only other ARC entry I’d met on my travels), and exchanged a warm greeting.

In the following hour or so I watched just about every other boat in the fleet file out and head to sea.

With only a few stragglers remaining, I made a dash for the marina entrance only to have my first attempt at landfall thwarted by an angry “marinero” in a RIB.

I could see the veins bulging from his temples as he shouted… “The marina is closed, go away, you come back tomorrow, leave now…”.

“Closed? Who cares if the office is closed! I just want to tie to one of the recently vacated pontoons and sleep.”

The official seemed to be getting increasingly agitated at my reluctance to leave, so rather than be responsible for triggering a brain embolism in all the excitement, (those veins on his forehead are really popping out!), I reluctantly complied, motoring to the extremely crowded anchorage on the other side of the breakwater.

See mum, I can be magnanimous on occasion. 😉 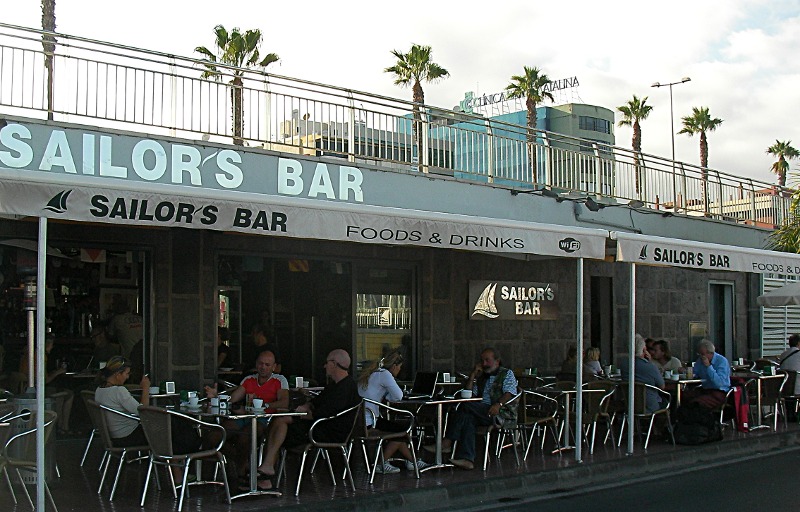 What all sailors do in Gran Canaria, wait...

Five hours later I made my second attempt, and as it was probably Mr “not so sociable’s” coffee break, I made it to a pontoon unmolested.

I’m now in Las Palmas Gran Canaria doing what all sailors do here (unless of course they are part of the ARC); hanging out at the Sailors Bar waiting for the elusive trade winds.