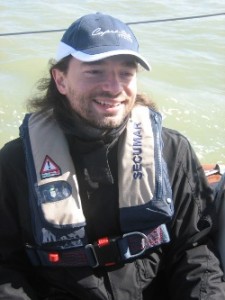 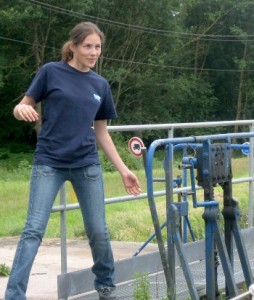 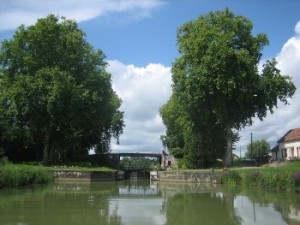 I did most of my travel through the Belgian and French canals on weekends. As the commuting distances grew I used my holidays to have three-day weekends. On a Friday night after work I would drive to my boat, sleep on board, and spend the rest of the weekend cruising. Passage times of 12 hours a day were not uncommon but I probably risked mutiny on more than one occasion. 🙂  On the last day I’d search for an appropriate location to leave the boat and train, bus, taxi, or hitchhike back to my car to drive home.

Overall, this method worked, but it wasn’t always easy. Some stops were poorly serviced by public transport and the cost of driving back and forth could easily be prohibitive.  Mind you  it was amusing, especially when sitting on a train watching all I had passed with the boat (over a period of three days) go by in reverse order in a matter of hours. 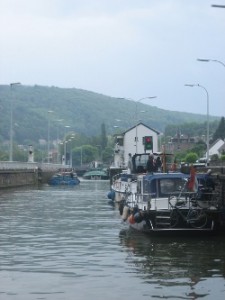 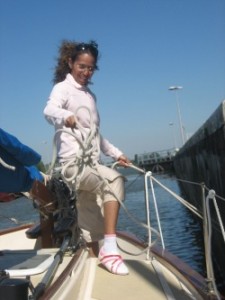 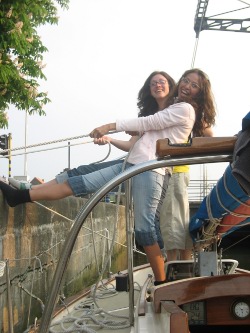 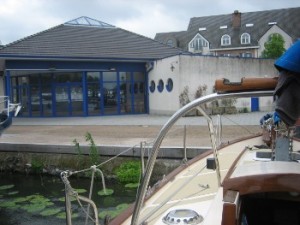 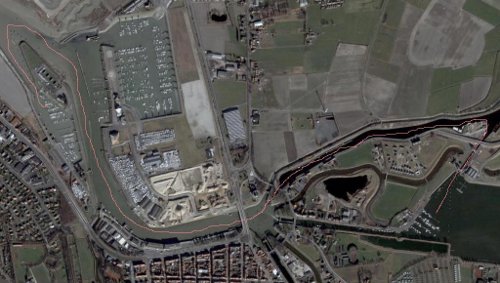 Tuesday the 10th of April

At 7am I made my way through two locks to get to the VVW Westhoek marina (far right of the photo). Entry to the first lock is dependent on the tide (+ or – 3hrs HW) but it was a simple matter to call the lock operators on the phone to arrange everything (in English).

Until the end of April the locks are not attended on Sundays so for a while my travels will be restricted to Saturdays. My Belgian itinerary will be something like Nieuwpoot, Brugge, Gent, Antwerp, Turnhout, Hasselt, Liege, Namur and Dinant. Then it will be on to France and the Med.