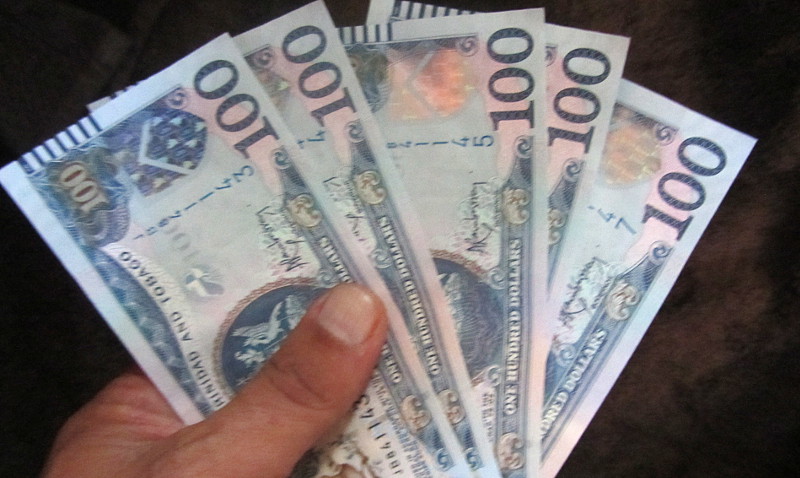 How much to feed myself for a day in Tobago?

Given that at least one sailor I’ve met has resorted to begging for his meals, it makes me wonder about the price of food here in Tobago. How much do I need to budget each day to feed myself if I’m not want to follow in his footsteps?

As it turns out, very little. 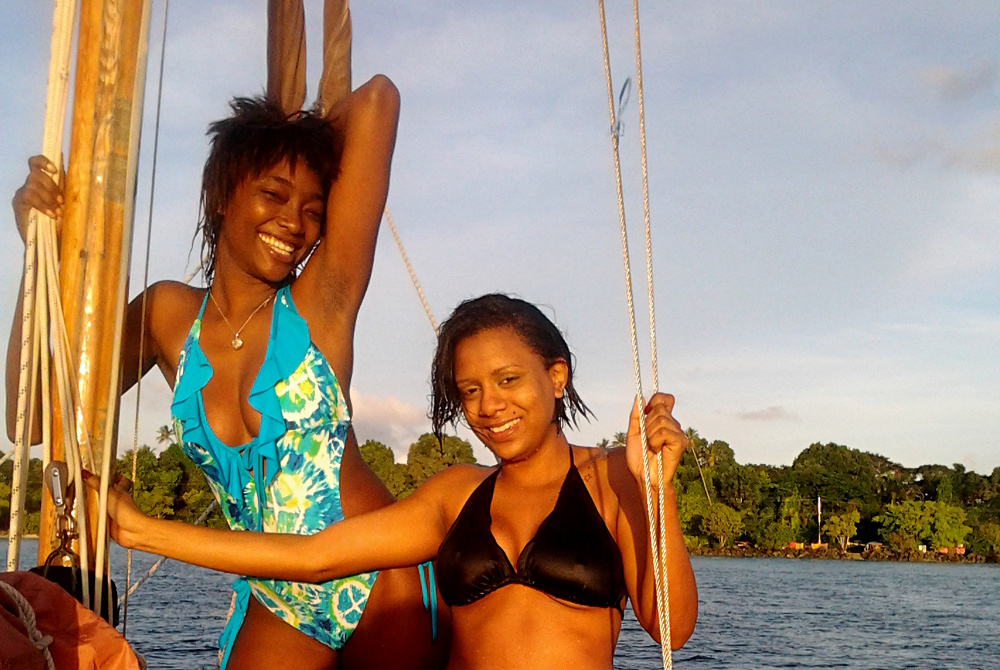 To pedantically belabour the point, (and because I’m growing increasingly pompus with age), I decided to have a day of local fast food (for the sake of furthering biological science naturally), and tally up the expenditure.

As you can probably tell by now, I’ve not had much to keep my mind occupied of late… 🙂 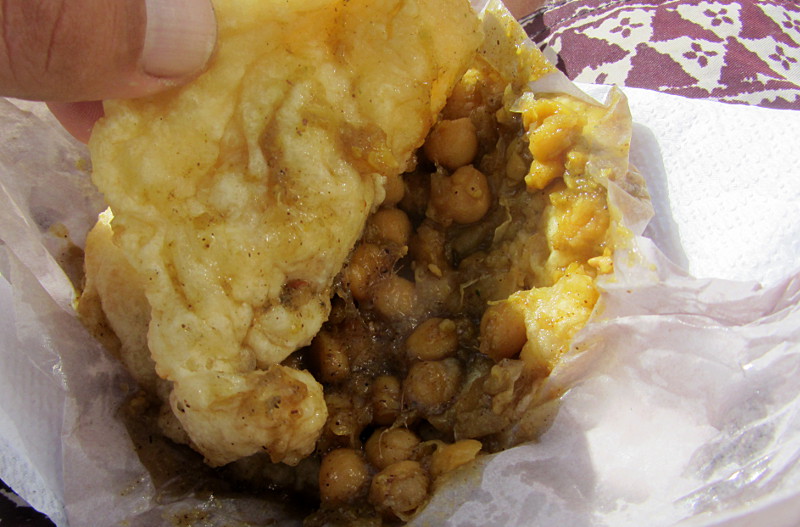 I start with exhibit A the humble double. I’m told it’s called a double because some fellow thought one piece of bake (that’s the bread part) wasn’t enough and so he insisted on double. Perhaps it should now be called a “double double” because they are so small (as is my thumb in the photo), that two are required to satisfy this sailors modest breakfast appetite. So 2x4TT dollars plus a can of orange juice for 5TT and my fast food vegetarian breakfast comes to 13TT (about 1.5 Euro). 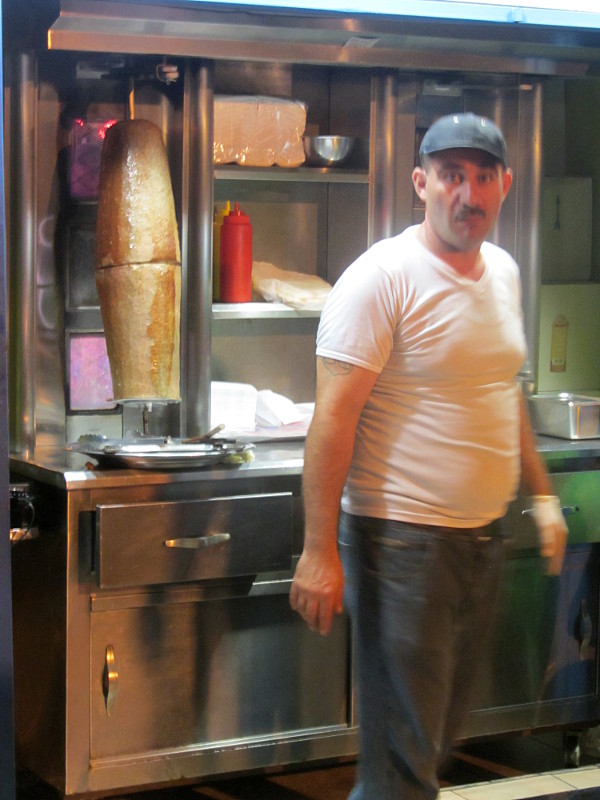 Why does this suspicious looking tourist want a photo of me?

For lunch I wandered over to the local Syrian fast food offering. Yes there are local Syrians in Tobago, (I didn’t know either)! What did I order? A Gyros with a can of coke, to wipe out any good karma I might have gained with my morning stint at vegetarianism.

Yes I know the photo is blurry but I’ve included it anyway because I like the look of the owner making his dash for the sidelines to avoid being in the picture.

30 TT for the beef Gyros and another 5TT for the cola. Approximately 4 Euro 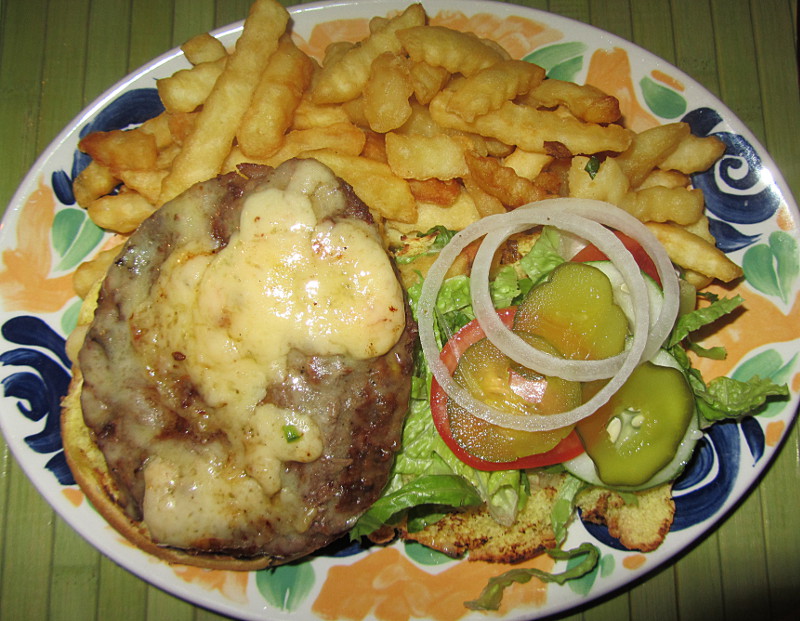 Now I probably should have eaten KFC for dinner (the staple diet here), but instead opted for number 2 in the hierarchy of fast foods, the burger, albeit, the luxury version with fries at a posh restaurant. Voila!

I could also have paid significantly less (or more for that matter), if I went to the supermarket. But at least it’s clear that for less than 100TT a day I’m able to easily maintain my expanding waistline without taking lessons from the local mendicant.

Long may that remain so…

Stay tuned for the next exciting episode of Eileen of Avoca in the Caribbean, where I find out why sailing to Aruba over Christmas is considered a no no.