So why would I set sail for Salvador Bahia (almost 500 NM away) after just a week in Jacare? Especially when I’m supposed to point Eileen in the opposite direction to reach my next objective (the Caribbean)…

You will just have to believe me when I tell you it just sounded like a good idea at the time.

When I heard other travelers speak of Salvador with its exotic mix of culture, music, religion and race, how could I let a measly 460 extra miles prevent me from experiencing the delights of this city? 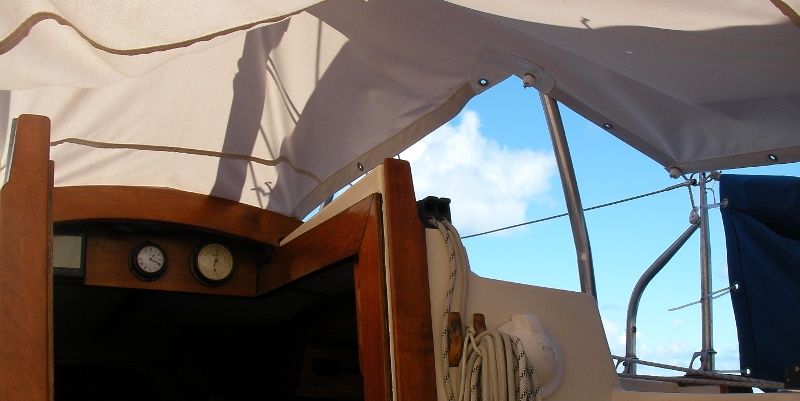 Out came the fishing gear, up went the canvas sun shade and “ta-da”, I was on my way!

The winds along this part of the Brazilian coast are generally easterly but before I could turn south I needed sufficient sea room to avoid wrapping fisherman’s nets around Eileen’s propeller, or running aground while I slept.

It’s very shallow along the coast (with the 50m depth contour a good 15 to 20 miles offshore), so much of the first day was necessarily spent motoring eastward against the wind.

How am I supposed to cook this beast?

I dozed… sailed, snacked, and dozed some more… that is until my cruising stupor was interrupted by the shrill wail of my fishing reel. “Ha! Looks like dinner has taken the bait!”

Appetite sated, I continued on to Salvador only to be struck with a worrying thought. Is ciguatera poisoning prevalent in Brazil? Are mahi mahi (i.e. dorado), safe to eat in these waters?

With doubt inspired paranoia now muddling my thoughts, I hurriedly altered course and angled toward Maceio. That way, I’d reach assistance relatively quickly if I happened to succumb to the agonies of nausea or vomiting. Ten anxious hours later, arriving in Maceio symptom free, I began to feel rather foolish about the whole affair.

Now I know that of all fish, dorado is probably one of the safest to eat, even in areas where ciguatera is the norm, but at the time…

I'm not eating my letter opener

My only other catch on route (it launched itself onto the deck at night), was a magnificent swordfish, which naturally I refused to eat…

Well it was too small for a meal anyway, but it does serve quite admirably as a letter opener. 😉 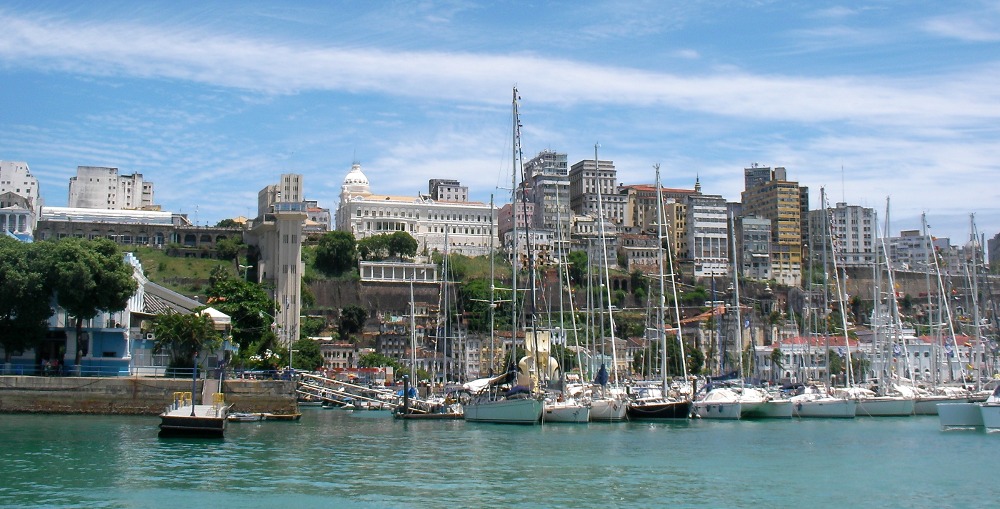 Salvador city, the elevator and marina

Three days later I was entering the bay of Salvador, passing the famous elevator and the infamously expensive and sometimes dangerous (especially after dark) marinas nestled at its base. I ignored them all and made for Ribeira to find Eileen a berth at the airport. 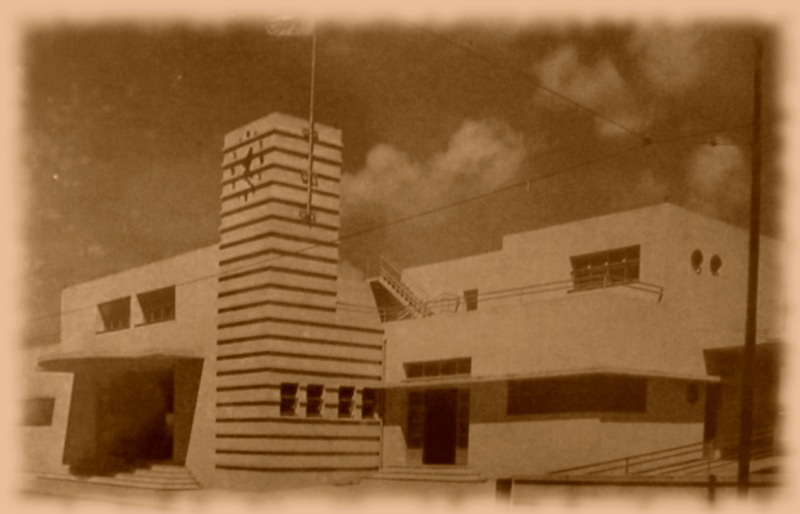 I left my yacht at the airport!

Peir Salvador was once a proud airport terminal for seaplanes. It’s looking a bit shabbier these days but the service is exceptional (nothing like a welcome drink to make you feel at home!), the price is right (less than 1 Real per foot per day), and I’m in Salvador Bahia.

Relishing this city, its bay, beaches and surrounding islands, might prove to be challenging, but I’ll do my best, besides, someone has to do it. 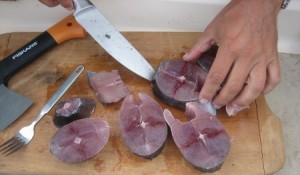 Fortunately (for Gianluca), food would not be in short supply this trip. Up until today, I would have confessed to being one of the worlds worst fishermen. All I could show for two years of effort while underway (and the loss of innumerable lures), was one very small tuna and a seagull. Not anymore! 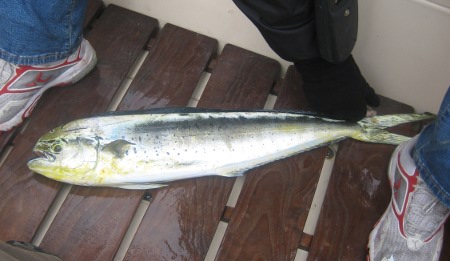 I had to stop fishing or I’d catch much more than the two of us could possibly eat!

Fishing, ha, there’s nothing to it. All you need is to be where the fish are.

Or perhaps it being almost November had something to do with it, or the fact that there were no other boats to be seen in the area (since loosing sight of Sardinia), or…

Frankly, I haven’t a clue, but that didn’t stop me fetching my copy of “The Cruiser’s Handbook of Fishing” by Scott and Wendy Bannerot, and with great enthusiasm learning to identify and clean my catch.

After a gruesome and surprisingly bloody job in which Eileen’s push-pit started to look like something out of a B-grade horror movie, we were ready for the good bit. Cooking and eating the catch of the day. I had never eaten such fresh fish, and I must say, Dorado fried in a little olive oil and seasoned with rosemary is truly exquisite.