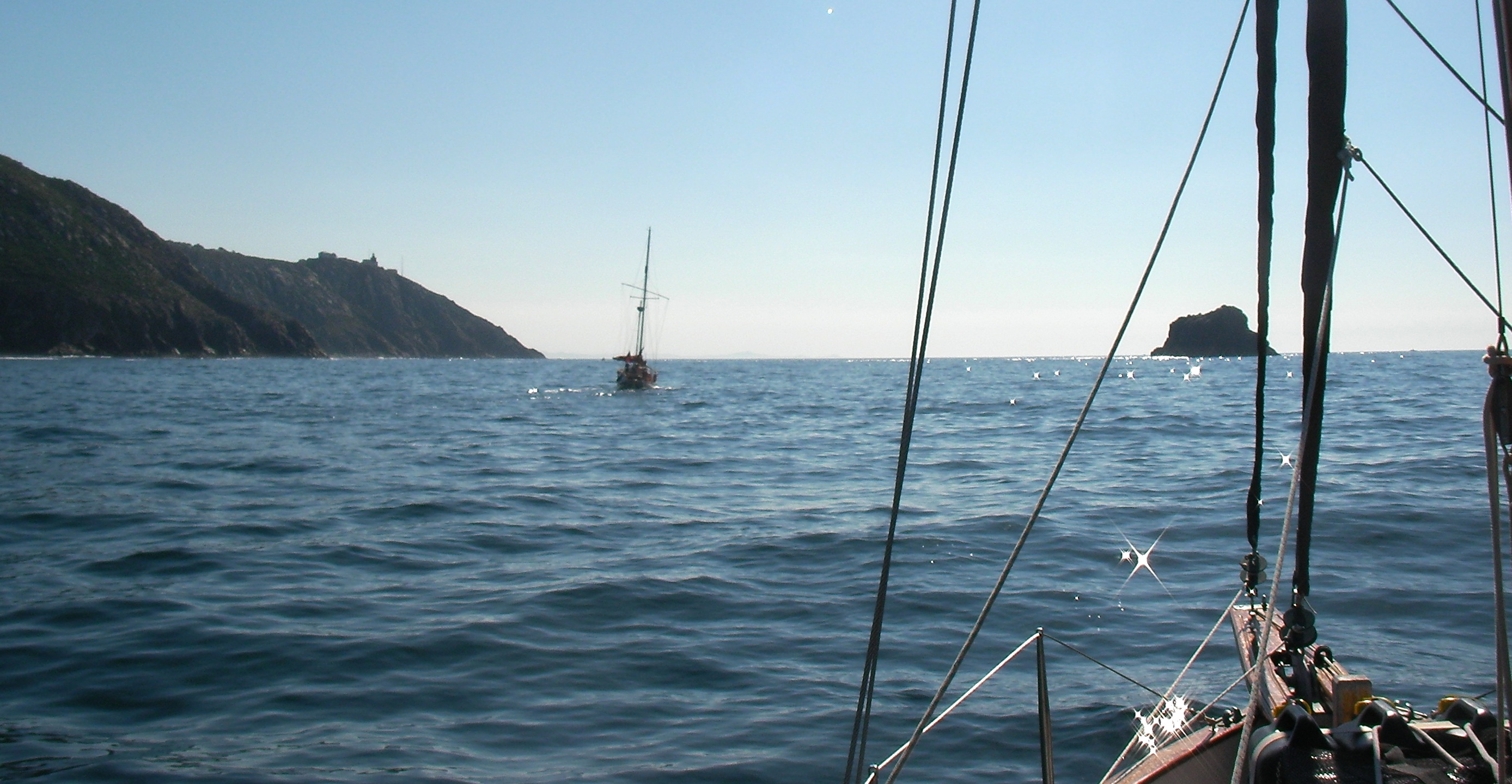 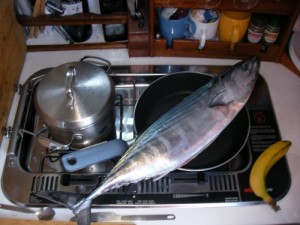 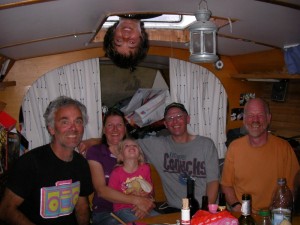 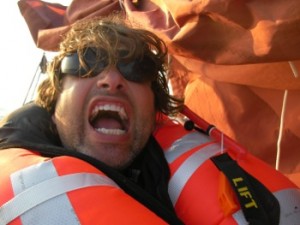 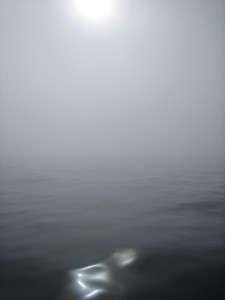 I was not going to round Finisterre with north to northwest winds (from Force 4 to 6), so I only motored as far as the headland for a peek at the conditions (in a word… ugly), before turning to plan A and making for the beach anchorage northeast of the town.

Provided there isn’t too much roll, and the wind doesn’t shift so that you end up in surf, I’ve come to enjoy staying at beach anchorages. They can be so easy! You just approach the shoreline until you arrive at your desired anchoring depth (5 to 6m for me), and drop your hook in the clean white sand. No fenders to tie, no rocks to rub up against your hull, and no weed to reek havoc with your anchors holding ability. Bliss! As an added bonus you get to ‘people watch’ landlubbers for your afternoons entertainment. 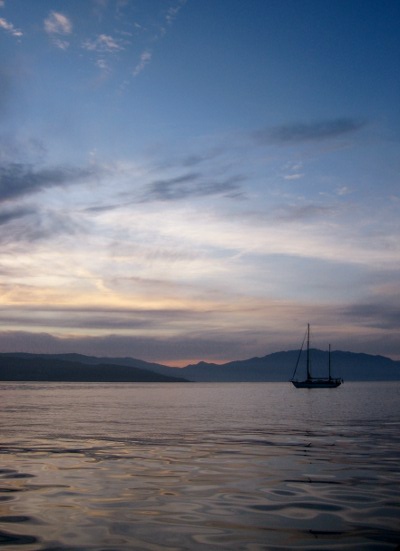 The port of Finisterre has virtually no room for a visiting yacht, but the anchorage served quite satisfactorily for my overnight stay as the winds died down to Force 1 and the seas settled. Just as predicted in the weather forecasts… What a novelty!

Rising at dawn, I photographed the French yacht that had come to share “my” beach retreat before joining the rush of fishing vessels heading for the cape.