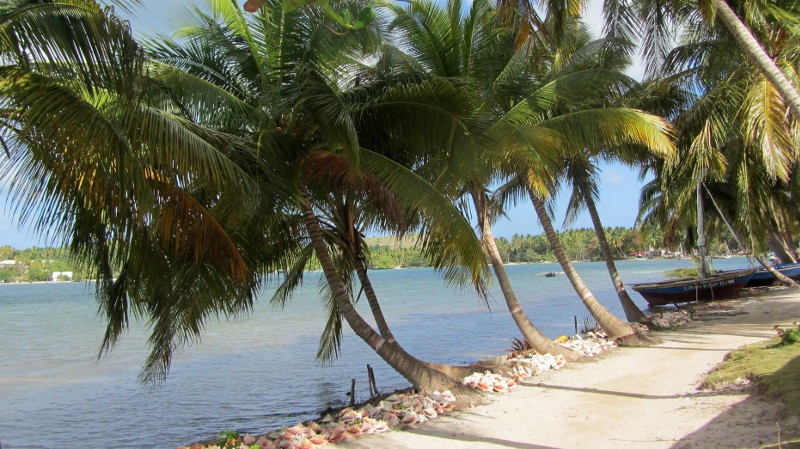 It’s not the easiest sail across the Jamaica Channel. I’ll even go so far as to admit that all the sailing since leaving Mexico hasn’t been easy. But then what was I expecting when it’s East I’m headed, against the trade winds and against the current. 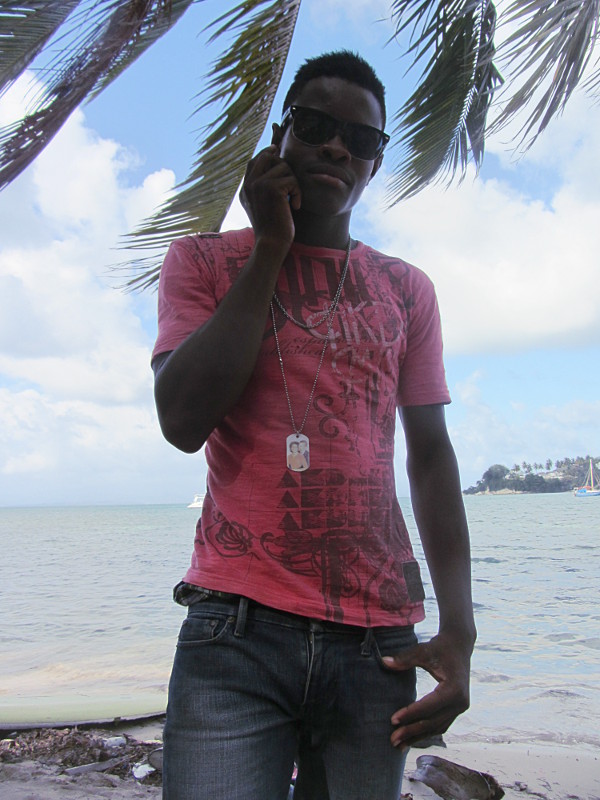 Closing a deal on Ile a Vache?

But the Jamaica Channel gets a special mention because of the difficulty I had getting round Haiti’s most southern headland, Pointe a Gravois. The current had pushed Eileen some 15 nautical miles Northwest of this cape and it seemed at the time I was not getting anywhere. Imagine the frustration of having to motor sail at half a knot for hours on end to slowly work your way out of the main current. Now double it! 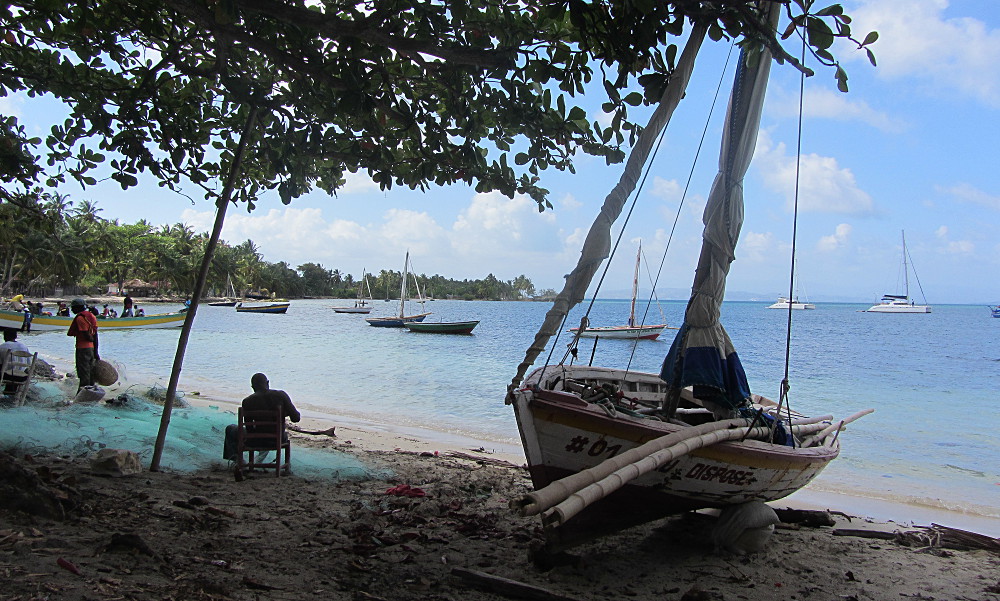 No wonder that by the time a sailor has rounded Haiti’s southern cape and views Ile a Vache (Cow Island) just five miles away, he is inclined to drop anchor there to take a breather. Especially when it really is such a lovely little anchorage. 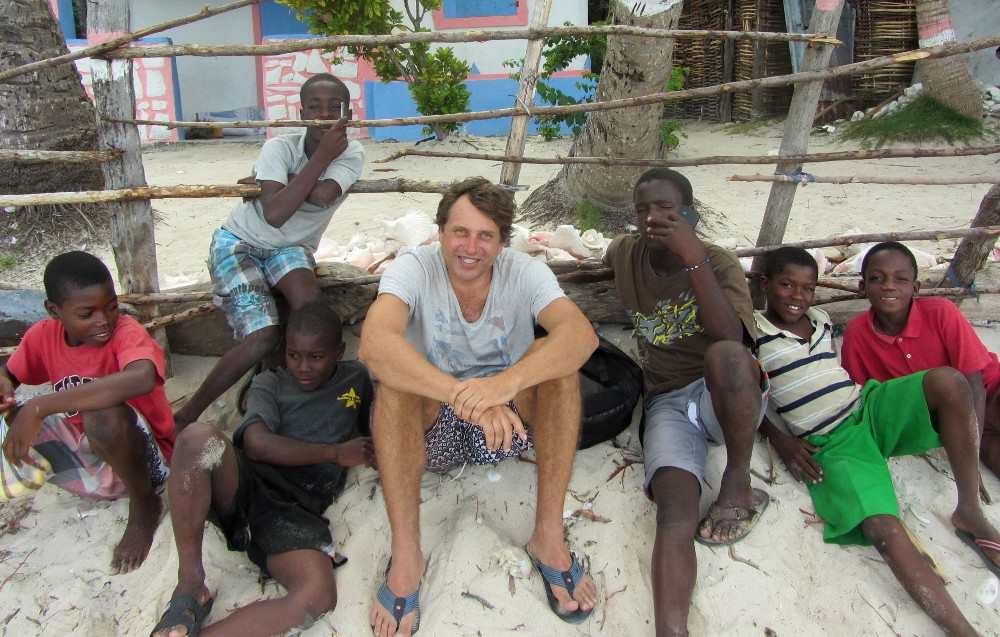 Hanging out with the Haiti gang.

The anchorages popularity stems from the fact that, like the Salvation Islands off Kourou in French Guiana, there is (or was), no need to check in with the authorities. They knew sailors were just there to rest a while before moving on. 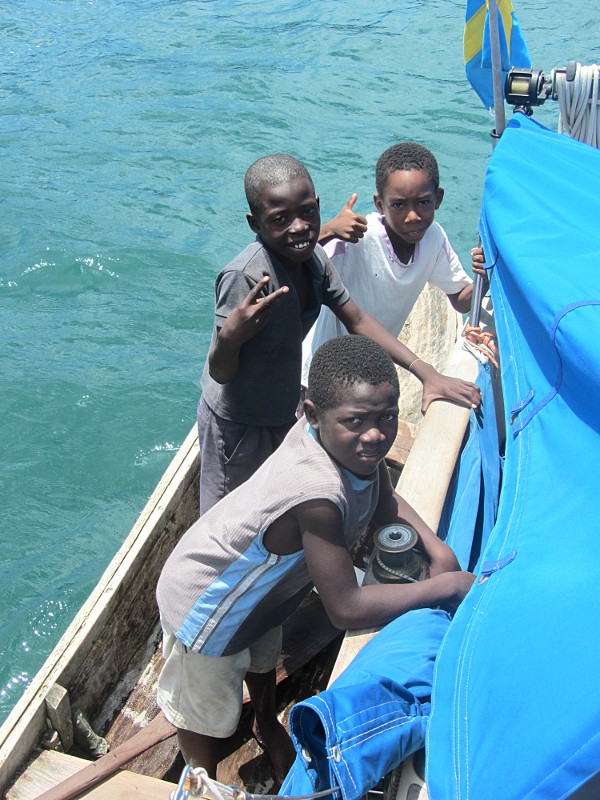 Not now kids… I need some sleep!

I can’t stress this enough, because for some reason both the authorities, who plan to turn the island into an international marina resort, and the islanders themselves, who seem to think we are there to play Santa Claus, have got it all wrong (and as a result, risk loosing what has become a very lucrative source of income). 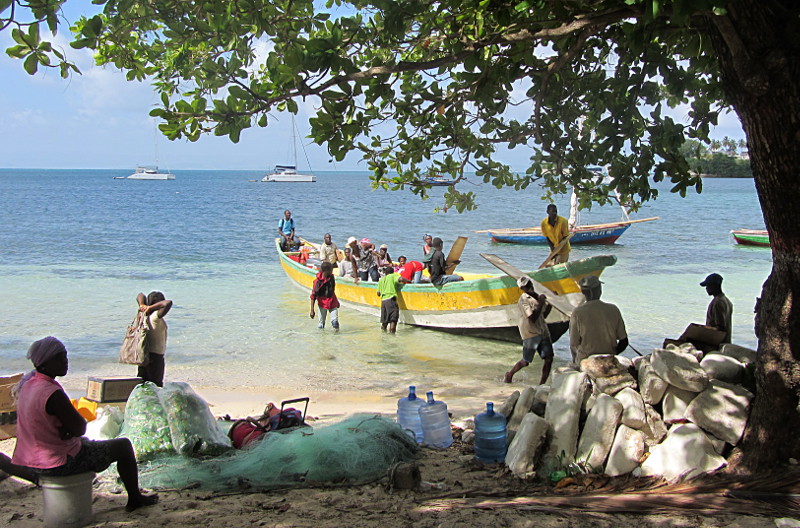 That’s not to say that Ile a Vache isn’t worth visiting, (if you happen to be passing by). But I will suggest that it’s not the irresistible charms of the locals or welcome smiles that bring us here. For better or for worse, Haiti isn’t on many a tourists list of must see international destinations. 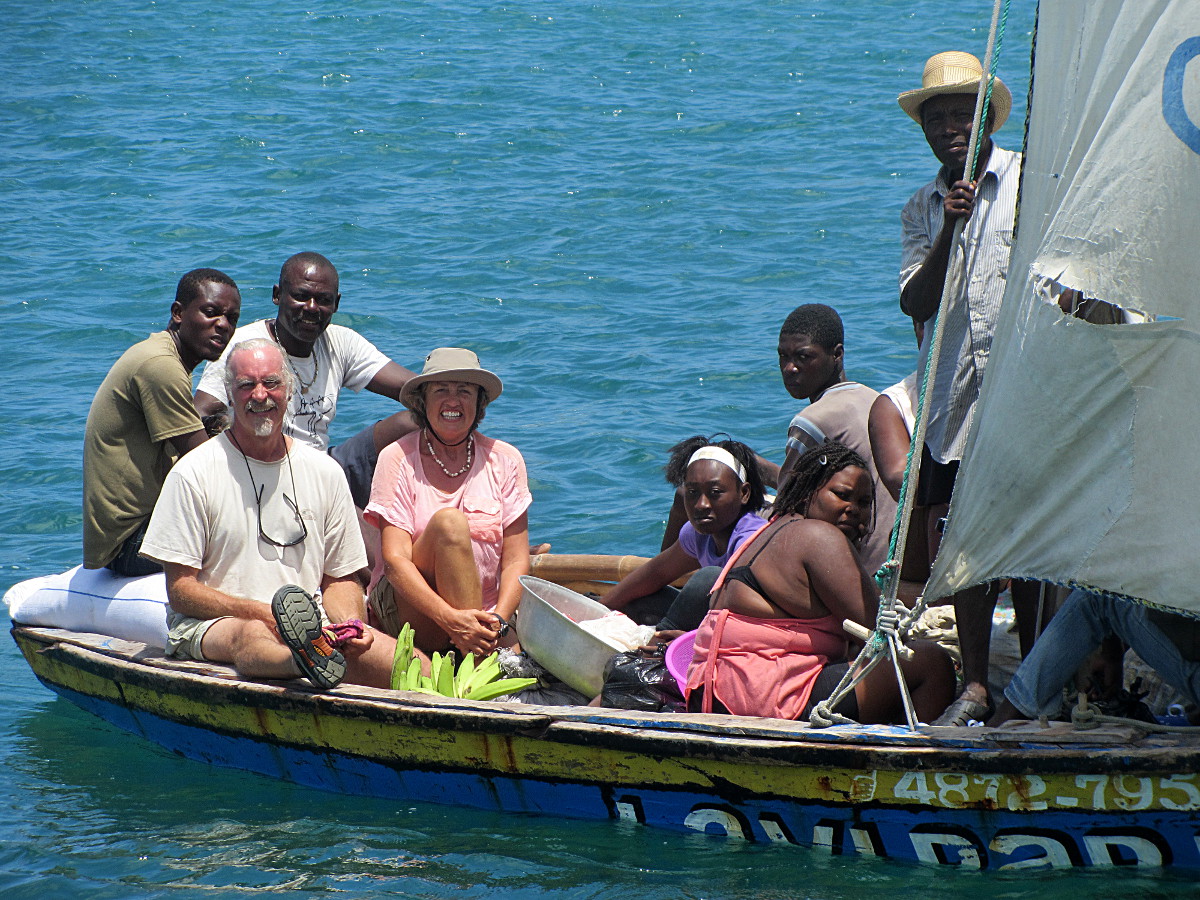 The crew of Maureva. Look at the smiles of the locals…

And when you find yourself: 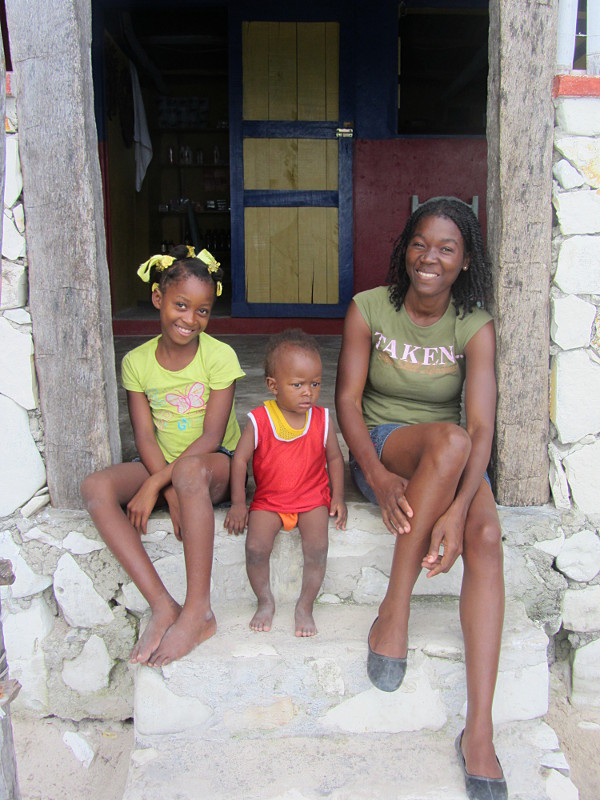 OK, maybe it is worth the trouble…

you begin to wonder whether it’s worth all the trouble.

If you want my opinion, it isn’t. 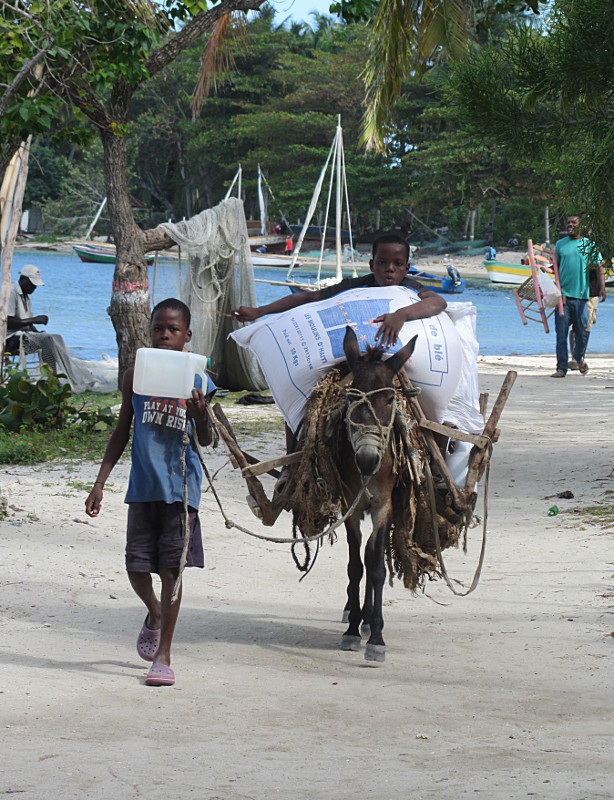 There are half a dozen smaller islands to the North-east that will serve admirably instead. 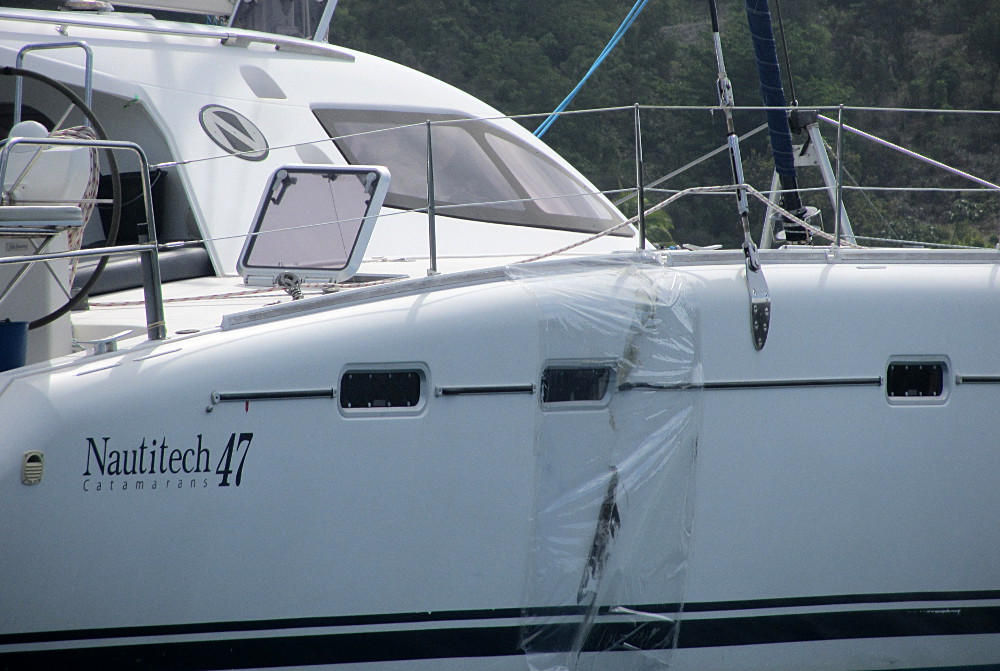 Some sailors don’t have a choice but to stay.

**Two brothers (one runs a local internet café and bar) boarded Eileen the morning after a random visit by armed officials (I had been on shore at the time, in the very Internet café run by them and missed the excitement). They stated that as I was “hiding” from the officials I now had to accompany them (for a fee) to the mainland to complete formalities.

If I refused to do so, they would call the coast guard and I would likely have my boat confiscated and face imprisonment. This just as I was preparing to leave. Since they were phoning the immigration office at the time, and as I had (and continue to have), no intention of disobeying local laws with regards to my sailing habits…, I asked to speak with the official over the phone.

Fortunately I speak French so it did not take long to arrange to leave copies of my passport and boat papers with the 20 US dollar immigration fee to be collected later.

Having sorted this out, the brothers threats ceased, but now, as they saw it, they were doing me a favour, so what was I prepared to give them in return? My ice box perhaps?

To their dismay they received only my thanks as I weighed anchor and sailed away from this little paradise. A paradise spoilt.