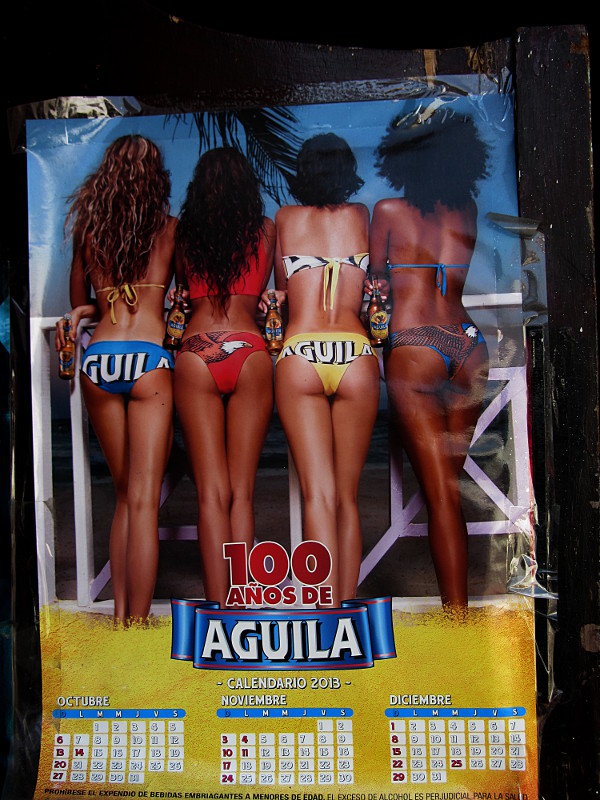 Are the girls prettier in Colombia? 😉

At sea there is plenty of time to think, which is good because I’m not necessarily speedy when it comes to thinking (too many late night rum sessions). By claiming to be the mulling sophist type, I get away with it, and besides, what’s the rush?
It helps pass the time.
What else is there to do if I’m denied the dubious pleasures of catching up on the latest  TV soap, posting facebook updates, or continuously texting friends whilst at sea?
A blessing in disguise?

So…, what do I spend all that time thinking about?
Two infuriatingly innocuous words “What” and “Next”, usually in that order…
What next indeed!

I set out on my sailing adventures to spend some time doing what I needed doing most at the time. Playing with my boat.
Sounds decadently selfish doesn’t it? And I agree that it is…, in part….
But in my case it was also the best course to take to alter what was becoming a monotonous and unrewarding lifestyle, despite the level of monetary compensation.
Some have labelled my decision as irresponsible, even “evasionist”.
But that’s not true. I had actually lost my job, or rather, I was no longer being paid by my intermediary.  They’d gone bankrupt along with the banks, as the finance industry underwent  its so called “corrections” in 2009 [You guys still owe me… big time!].
So in a sense, the decision was forced upon me.
I just interpreted it as a signal for radical change. Time to start with a new game. The sailing game…
And now it’s 2014 and I ask myself… How long should the sailing game continue?

For many sailors the answer is, as long as possible… and currently stands at decades!
Is that what I intend to do? Spend the next twenty plus years sailing around in my 23 foot boat?
It is true that for me there has never been any lack of motivation for continuing my wanderings. Mainly to answer the question of whether the grass is greener on the other side of the fence.
Having crossed to the other side of that proverbial fence numerous times in my trusty vessel, the answer (for many destinations), can often be concluded with a simple yes or no.
However, having leapt across one fence, inevitably another teasingly presents itself. Ah, the conundrum! “Is it better over there?”
“Perhaps….”
“Let’s go have a look shall we?”

Unfortunately, having someone else decide for me isn’t an option. Opinions are subjective by definition and a matter of taste. Your own taste.
Whether constantly succumbing to insatiable curiosity stems from an inherent flaw in my character is a moot point. The fact is that I’m still sailing from place to place and have little intention of stopping, while others have happily completed their journeys.
This, in spite of my ongoing projects… (though I’ll admit that they are sure to have a moderating effect).

A kind of madness?
Apparently not. I checked…
Did I not tell you that the “Aguila Light” girls of Santa Marta were psychologists by profession and that after much libation… I mean deliberation, they gave me a clear bill of mental health… to accompany my hangover.? 🙂
Well they did,

and so… for now, the game continues…

2 thoughts on “Green grass and the sailing game”