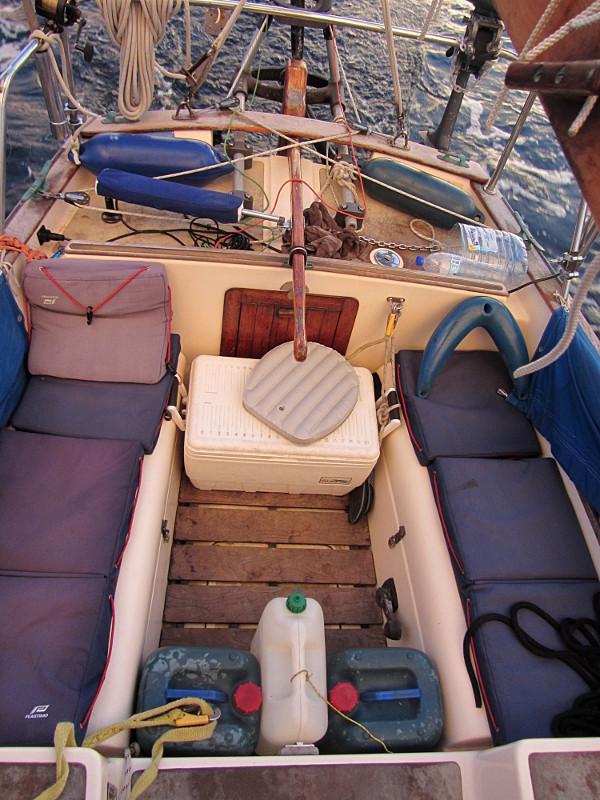 Eileen of Avoca is on her way!

Not such an easy question to answer. If you ask me how many yachts have shown an interest in taking part in this year’s rally. No problem, the answer is 21.

I just tally up the number of emails that people sent me saying they would like to participate.

How many of those actually registered?

And by registering I mean how many paid the fee via the official web site to join the rally, the answer is also easy. 12.

But I still have not answered the first question. How many yachts are taking part?

Do I include the ones that at the last minute were still waiting on parts held up for various reasons but will set sail in a week? 10. Joe and maybe Ron, we will be waiting for you at the next stop (Saint Laurent du Maroni)!

Or the ones that due to a medical emergency had to fly back home? 9.

That had a relationship breakdown just days before the start and now have more pressing concerns than a rally? 8

That changed their mind and decided to sail back to Europe during the hurricane season the day of the start (to pursue a whirlwind romance) instead? 7 Good luck Katina.

Or had to turn back during the rally because something broke on the yacht? 5

Well there you have it.

A handful of yachts are currently at sea battling an unexpectedly fierce current off Trinidad on the 1st edition of the Nereid’s Rally.

Nothing like a rally to separate the sailors equivalent of the wheat from the chaff.

More on the contestants later…