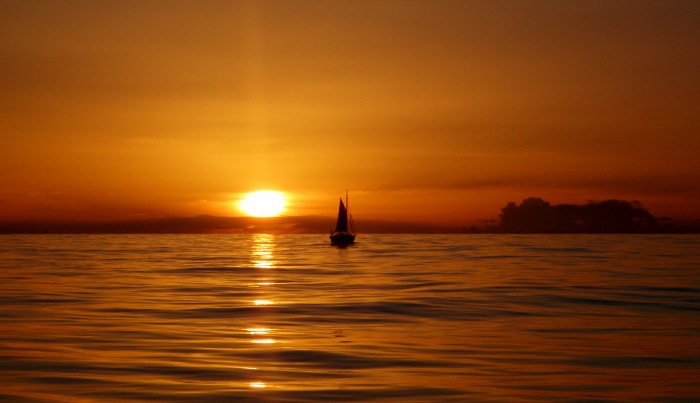 It's Eileen of Avoca at sea!

Yes, I’m in the Caribbean…. Excuse enough for the increasingly spasmodic postings. But was my sourcing of these wonderful snapshots of Eileen of Avoca at sea not worth the wait?

For six days Thierry on his 41 foot Feeling (called Ti’nga) kept pace with Eileen on route to Tobago. Sometimes I thought it was just to irritate me, but I’m assured his reasons were wholeheartedly altruistic. Not that that prevented me from raving like a madman whenever he came too close… 😉 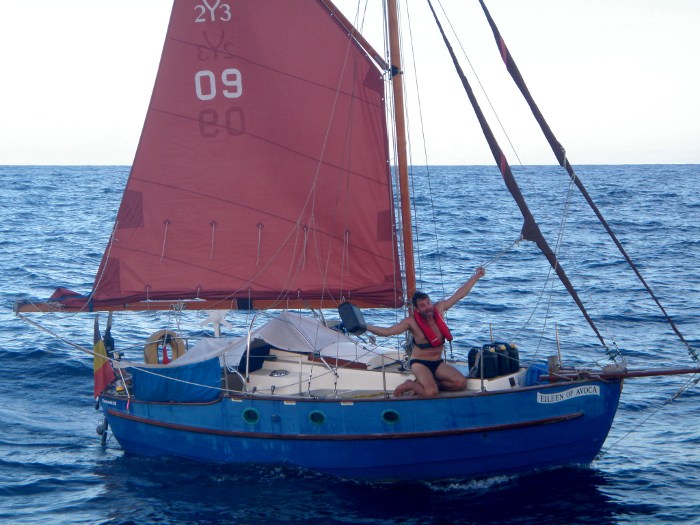 I think he took a perverse pleasure in literally sailing circles around Eileen in the light winds.

That just about sums up the voyage. Light winds…

I’d have set more sail (including the seldom used topsail), if only I didn’t have to worry about the numerous squalls between calms. One minute I’m motoring at a steady 4 knots (head-sails furled) and the next I’m running before a squall at 8kts adding another reef to the mainsail. Absurd! 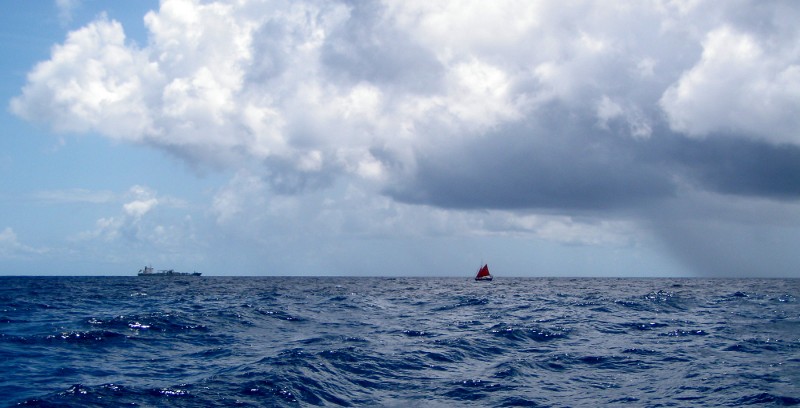 Eileen runs from another squall.

I guess it’s all to be expected in a days (or six) sailing.

The good news is that I’ve made it to Tobago. It’s taken some 7000 nautical miles of sailing and almost one year (since leaving Yarmouth) living aboard a 23ft boat, but I’m now in the Caribbean. Reward enough!

Though a celebratory cold drink (who needs a fridge when everyone else has one) is still the order of the day. 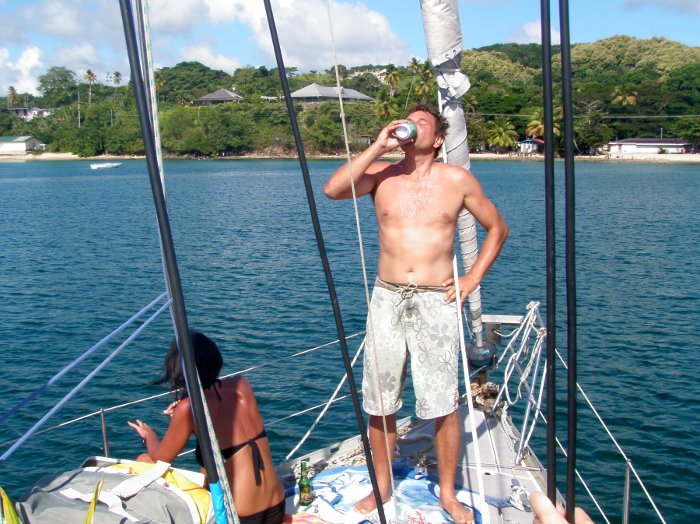 A beer aboard Ti'nga in Tobago

4 thoughts on “Eileen of Avoca reaches the Caribbean”