Nothing to do but watch the sun set.

Just one last stopover before Trinidad. Union island. Not my favourite, but a chance to catch up with Ron on his yacht Restless before I get stuck on more mundane matters. No ma, I don’t mean you ma….

In the world of single handed yachtsmen, with 25 years+ of cruising under his belt, Ron is a legend. Well, perhaps an almost legend. Or would be legend, if anyone outside of sailing circles knew about him. Since he doesn’t write a blog, promote a rally or attempt to build a marina like some narcissistic self promoting sailor types, we may never know.

However, we are all waiting on the book!

Speaking of which, I did meet another single hander in Honduras on a gaffer with more than 45 years of cruising who did write a book. 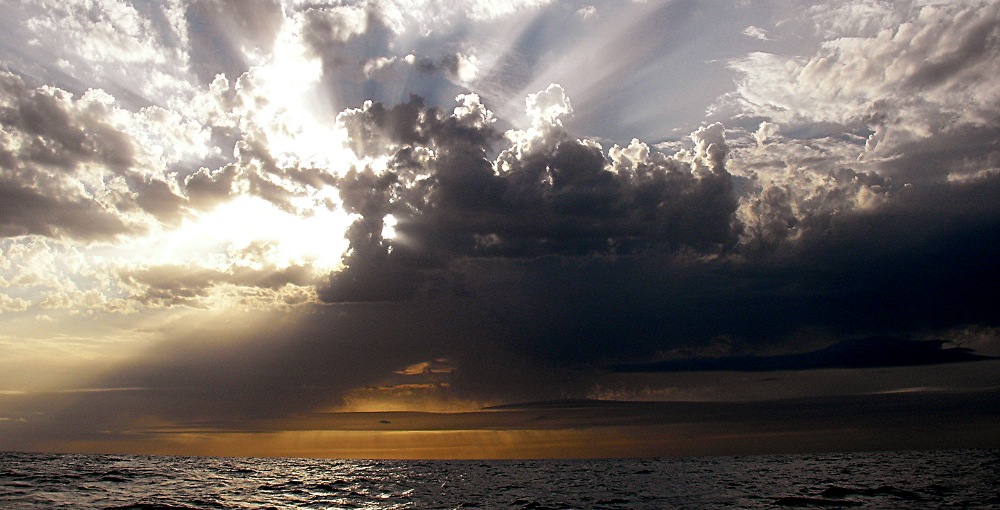 Sailing across the Atlantic

I can’t answer my email just now as I am currently at sea, (and will be for at least the next 20 days….) Please leave a message after the tone….

PS: If there are no other updates, one of the following has happened:

a) After an epic battle with a freak storm, Eileen finally surrenders to the monstrous breakers and I’m lost at sea… 🙁

c) There is just too much fun to be had in Brazil to bother with writing a sailing blog that virtually nobody reads. 🙂